The Lebanese group Hezbollah and the Syrian army have launched an offensive to clear fighters from an area of the Syria-Lebanon frontier, according to reports.

The operation is targeting fighters in the Arsal area, on the outskirts of the Lebanese town of Arsal, and in areas of the western Qalamoun mountains in Syria, the commander said.

A commander in the military alliance fighting in support of President Bashar al-Assad confirmed the assault to Reuters, while a Lebanese security source explained to DPA news agency that shells were “raining down” on posts belonging to Jabhat Fatah al-Sham, the former Syrian branch of al-Qaeda previously known as al-Nusra Front, and the Islamic State of Iraq and the Levant (ISIL, also known as ISIS) group.

The Qalamoun Mountains between Syria and Lebanon have also been a base of operations for ISIL fighters.

Several thousand Syrian refugees are living in camps in the Juroud Arsal region, a largely barren area situated in Qalamoun between Syria and Lebanon.

The Lebanese army said it is helping Syrian refugees flee the area to safer grounds.

Al Jazeera’s Imtiaz Tyab, reporting from Beirut, said “the fighting … has intensified in the past few hours” in an area that spans roughly 200 square kilometres.

He explained that the Lebanese army has set up a perimeter area to block armed rebel groups from Syria from potentially crossing the border into Lebanon.

“They essentially want to prevent any of these fighters … from coming into their area,” Tyab said.

Hezbollah’s al-Manar TV said fighters were being targeted in Arsal and areas near the Syrian town of Fleita.

Meanwhile, the Lebanese army has deployed reinforcements on the outskirts of Arsal in anticipation of the operation, aiming to prevent fighters from fleeing into Lebanon.

Jabhat Fatah al-Sham was al-Qaeda’s official affiliate in the Syrian conflict until last year when it formally severed ties to al-Qaeda and renamed itself. The group now spearheads the Tahrir al-Sham alliance.

Lebanese Prime Minister Saad al-Hariri said on Tuesday that the Lebanese army would carry out a carefully planned operation in the Juroud Arsal area, but there was no coordination between it and the Syrian army.

Earlier this week, Amnesty International urged the Lebanese army to “prioritise the protection of Lebanese residents as well as Syrian refugees in the area” when it launches its operation.

“They must refrain from using lethal force except when it is unavoidable for self-defence or defence of others against threats of death and serious injury,” Amnesty’s Lynn Maalouf said in a statement on Tuesday, adding: “Thousands of lives are on the line.”

In 2014, the area was the scene of one of the most serious spillovers of the Syrian war into Lebanon, when fighters briefly overran the town of Arsal.

The Iran-backed Shia group Hezbollah has provided Syrian President Assad with crucial military support in the war, a role that has drawn heavy criticism from its Lebanese opponents, including Hariri.

A source close to the Hezbollah movement told the DPA news agency: “This might be a preliminary shelling for the long-anticipated military operation by Hezbollah to root out the militant groups from the outskirts of Arsal … Hezbollah militants are ready for the anticipated battle.”

Meanwhile, activists in the area said Syrian warplanes also carried out a round of raids on the fighters’ posts in the border region.

Hezbollah has been fighting alongside Assad’s forces throughout the Syrian Civil War.

A resident in the northern Bekaa region told DPA that the sounds of Hezbollah artillery shelling echoed across the region.

They added that the Lebanese Red Cross had started setting up field centres in the northern Bekaa region in anticipation of a battle.

Rami Abdel Rahman, head of the UK-based Syrian Observatory for Human Rights monitor, said the fighters are holed up in areas on Arsal’s outskirts and “some pockets” at the Syrian-Lebanese border.

Some expect that the battle will not be an easy ride for Hezbollah due to the nature of the terrain.

Arsal is surrounded by hills and deep valleys, and fighters are positioned on the hilltops and have a clear view of any advancing force, a military expert who requested anonymity told DPA.

On July 11, Hezbollah leader Hassan Nasrallah proclaimed that “it’s about time we put an end to the threat of the militant groups in Arsal’s outskirts”.

The Mayor of Arsal, Bassel al Hujeiri, told DPA that “people inside the town [are] afraid and worried about the uncertainty of the situation in the area”. 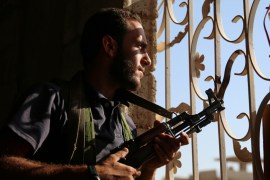 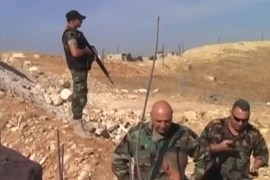 Five suicide bombers blow themselves up during army raids on two Syrian refugee near Syria border. 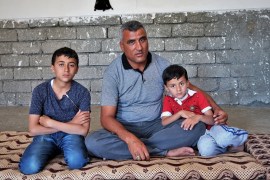