The Indian army shot and killed a man and wounded another while firing at a group of protesters in the Indian-administered Kashmir region.

Police on Friday accused the group of throwing rocks at soldiers, but residents said the army was shooting indiscriminately and only a few rocks were hurled – and none hit soldiers.

The slain man, a tailor in his mid-20s, was hit by multiple bullets and died on the way to a hospital. The injured man was reported to be in a stable condition.

Soldiers fired after some rocks hit iron shutters of shops that were closed owing to a general strike in Kashmir, witnesses said.

Police claimed that patrolling soldiers were pelted with stones near the main mosque in western Beerwah town where worshippers gathered to offer Friday prayers.

A firecracker was hurled at the soldiers, who mistook the loud noise for a grenade and retaliated, police claimed in a statement.

The strike was called by separatists who challenge India’s sovereignty by closing down shops, businesses and schools in most parts of the region.

The separatists also called for a march by Kashmiris to the United Nations office in Srinagar, the region’s main city.

Authorities clamped a stringent curfew in downtown Srinagar and areas near the UN office in anticipation of anti-India protests and the march.

Anti-India sentiment runs deep among Kashmir’s mostly Muslim population and most support the rebels’ cause against Indian rule despite a decades-long military crackdown to fight the armed rebellion.

India has accused Pakistan of arming and training the rebels, which Pakistan denies.

Rebel groups have largely been suppressed by Indian forces in recent years and public opposition to Indian rule is now principally expressed through street protests.

Armed groups active in divided Kashmir have stepped up attacks in recent weeks on Indian government forces patrolling the area as part of “counterinsurgency” operations.

Officials say dozens of youth have joined the separatist ranks since last July after a popular commander was killed by security forces, sparking months of wide-scale protests in the territory. 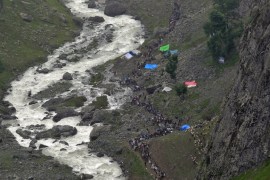 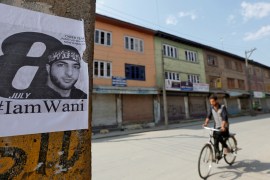 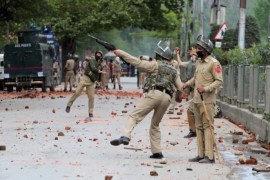