By misidentifying the children and classifying them as adults, Greek authorities have left the children vulnerable to abuse, sexual exploitation and human trafficking, and unable to access the specific services they require, HRW said in a report published on Thursday.

Unaccompanied children often live in formal and impromptu camps where they endure poor sanitary conditions, a lack of basic resources and overcrowding and cannot attend school, the report added.

“The misidentification of unaccompanied migrant kids on Lesbos as adults leads to real problems, including lumping them together with unrelated adults and denying them the care they need,” Eva Cosse, Greece researcher at HRW, said in the report.

“Greek authorities need to take responsibility for properly identifying unaccompanied children and providing them the protection and care every child needs.”

While some children falsely claim to be adults because they fear being detained, Greek authorities arbitrarily register many children as adults, the report claimed.

Many of the unaccompanied children have fled war-torn countries like Iraq and Syria, while others have escaped poverty and conflict in places like Pakistan.

Hassan, a 16-year-old who spoke to HRW using a pseudonym, said authorities registered him as 19 without conducting standard examinations to determine age. “I don’t know why they changed my age. I asked them many times and the only thing they told me is to sign some papers,” he said in the report.

Due to Greece’s shortage of spaces at shelters designated for unaccompanied children, more than 1,100 people were on a waiting list for accommodation as of June 20.

The Greek Ministry of Migration failed to reply to Al Jazeera’s multiple requests for comment.

More than 60,000 refugees and migrants are bottlenecked in Greece due to closed borders across the Balkans.

Macedonia, Serbia, Croatia and others sealed their frontiers after the European Union and Turkey reached a deal to stem the flow of refugees in March 2016.

Of the total number of refugees and migrants in Greece, more than 10,000 are confined to a handful of Aegean islands. They are barred from travelling to mainland Greece until their asylum applications have been fully processed.

With worsening humanitarian conditions in camps and asylum applications moving at a snail’s pace, anger has boiled over into clashes on several occasions.

Speaking to the Chinese Xinhua agency last month, Greek Migration Minister Yannis Mouzalas insisted that his country has handled the refugee crisis with “dignity” and acknowledged challenges ahead.

“The initial difficulty is that we do not know how many people will eventually stay in Greece,” he said in the interview.

“The second difficulty is that these people who will eventually stay in Greece did not start their journey to end up in Greece and they are forced to stay. This makes their integration more difficult.”

On Tuesday, asylum seekers in the Moria camp, which is located on Lesbos Island, lit fires and clashed with police officers amid growing tensions. More than 30 people were detained.

More than 102,000 refugees and migrants have crossed the Mediterranean Sea and arrived in Europe so far this year, according to the United Nations refugee agency, UNHCR.

During the first four months of 2017, around 16 percent of the 1,146 children who reached Greek shores were unaccompanied or separated from their families. 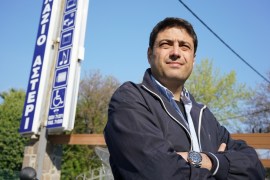 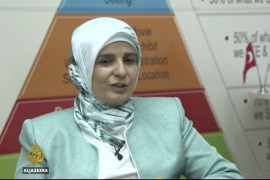 Turkey’s Syrian refugees carve out their own opportunities

Syrian refugees in Turkey turn to entrepreneurship to help their community as well as contribute to the local economy. 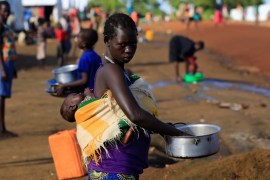 Despite receiving only limited funds from international organisations, Uganda has given a warm welcome to refugees.