A Palestinian man has been shot and killed by Israeli forces after allegedly carrying out a car-ramming attack in north Hebron.

According to the Israeli army, the Palestinian drove his car through the checkpoint at the entrance of Beit Anun village and ploughed into the soldiers on Tuesday.

“In response to the immediate threat, forces fired shots towards the assailant,” the Israeli military said.

According to Palestinian eyewitnesses, Israeli soldiers responded with a barrage of bullets, killing the driver.

They told local media that a large group of Israeli soldiers converged on the spot and shut down the entire road. Soldiers also prevented a Red Crescent ambulance from approaching the Palestinian’s car.

Two Israeli soldiers were lightly wounded in the incident and were hospitalised at the Shaare Zedek Medical Centre.

A wave of Palestinian street attacks that began in 2015 has slowed but has not stopped. At least 261 Palestinians and one Jordanian citizen have been killed since the violence began.

Israel says at least 176 of those killed were carrying out attacks while others died in clashes and protests.

At least 40 Israelis, two US tourists and a British student have been killed in Palestinian stabbings, shootings and car-ramming incidents

A few of the attacks had been carried out by Israeli Palestinian citizens.

Israel blames the violence on incitement by Palestinian leadership.

The Palestinian Authority, which exercises limited self-rule in the West Bank, says desperation over the 50-year occupation of land sought by Palestinians for a state is the cause.

A number of local and international human rights groups have raised concerns that Israeli security forces have used excessive force when confronting Palestinians who had carried out attacks or been suspected of doing so. 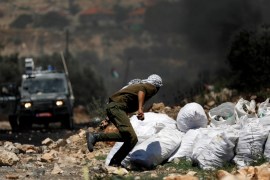 Clashes broke out as the Israeli army raided Jenin refugee camp in the north of the occupied West Bank. 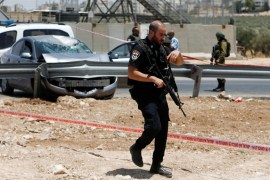 West Bank man allegedly brandished a knife during the incident, prompting an Israeli soldier to shoot him.