State news agency SANA said two shells were fired at the Russian embassy on Sunday, one hitting the compound while the other fell nearby.

Syrian rebels in the suburbs of the capital have previously struck the Russian embassy.

Moscow is a strong supporter of President Bashar al-Assad and has been involved in the six-year war since September 2015.

READ MORE: Syria talks conclude in Geneva with no breakthrough

The attack in Damascus came hours after a bomb exploded near a hospital in the rebel-held north-western city of Idlib wounding five people. 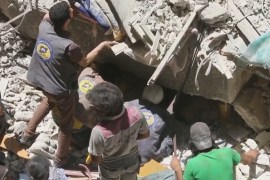 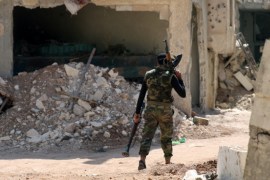 Syrian Observatory for Human Rights says there has been only sporadic violence since truce took effect midday on Sunday.