The seventh round of intra-Syria talks aimed at helping to end the country’s six-year-old war wrapped up with “no breakthrough, no breakdown”.

UN Syria envoy Staffan de Mistura said on Friday the Syrian government has not budged in its unwillingness to discuss political transition at the talks in Geneva while President Bashar al-Assad‘s representatives have pursued an almost incessant theme of the fight against “terrorism”.

Saying Assad’s envoys claim to be the only ones talking about the fight against “terrorist groups”, de Mistura said no side should have “ownership” of that issue.

“I felt that there was an expectation for the UN to indicate where we are in the fight against terrorism, which is becoming the main issue being discussed at the highest possible level elsewhere,” de Mistura said during a news conference.

Syria’s main opposition group has striven unsuccessfully to put the talks’ spotlight on “political transition” in their country, something sought by a UN Security Council resolution in December 2015.

“The political process is in danger because, after all these rounds, the international committee doesn’t put enough pressure on the regime and its allies to engage in this negotiation,” Nasser al–Hariri, the lead opposition negotiator, told Al Jazeera.

“Now we are coming for rounds of negotiations without a framework, without direct negotiations, without sharing or exchanging papers and now returning back without specific results.”

De Mistura said he has seen no sign that Assad’s representatives would ever discuss political transition.

“I have been asking them for the next round to be ready to address the political process,” he said.

De Mistura also noted recent progress in Syria through international diplomacy, such as a temporary truce in parts of southern Syria that was brokered by Jordan, Russia and the United States.

He warmly welcomed a call by French President Emmanuel Macron for the creation of a “contact group” that would support a political road map for Syria after its war ends.

In New York, France’s ambassador to the UN, Francois Delattre, said a contact group would aim to support de Mistura’s efforts. The plan would enlist the five permanent Security Council members – the US, Russia, China, Britain and France – and regional players.

But the opposition believes that the end of “terrorism” would not be possible without stability in Syria.

“Mr Macron knows well that Bashar al-Assad is the enemy of the Syrian people, but he at the same time is also the enemy of humanity. We cannot ignore a criminal like Assad who used chemical weapons on civilians,” Hariri told Al Jazeera.

Next round of talks

Referring to the September round of talks, de Mistura said, “We will see whether by that time the international momentum … may be able to actually push all sides to finally sit in the same room and start talking about substance.”

The sides have been meeting separately with de Mistura and his team, never speaking face to face.

The head of the Syrian government delegation, Bashar al-Jaafari, said on Friday that his team has not been asked to hold direct talks.

Meanwhile in Syria, at least eight civilians, many of them children, died when warplanes, presumably part of a US coalition, launched air raids on an area of eastern Syria controlled by the Islamic State of Iraq and the Levant (ISIL, also known as ISIS) forces on Saturday, according to the Syrian Observatory for Human Rights.

The attacks targeted houses in the city of al-Mayadeen, in the eastern province of Deir Az Zor. The fatalities included six children and two women.

Saturday’s toll raises to 244 the number of civilians killed amid air bombardment operations in al-Mayadeen since May, the Observatory added.

On May 26, more than 100 people were killed in an alliance air bombing in al-Mayadeen that struck buildings housing families of ISIL fighters fleeing from the northeastern city of Raqqa, the group’s de facto capital in Syria, the watchdog reported at the time.

The conflict spiralled into a multi-sided civil war that has claimed hundreds of thousands of lives and displaced about half the prewar population of 22 million. 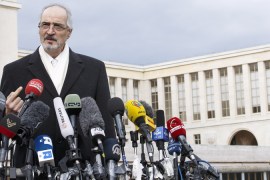 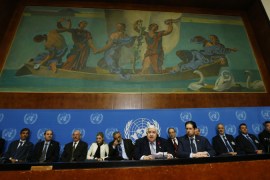