US District Judge Derrick Watson on Thursday ordered the government not to enforce the ban on grandparents, grandchildren, brothers-in-law, sisters-in-law, aunts, uncles, nieces, nephews and cousins of people in the United States.

“Common sense, for instance, dictates that close family members be defined to include grandparents,” US District Judge Derrick Watson said in his ruling.

“Indeed grandparents are the epitome of close family members.”

Watson in Honolulu had been asked to narrowly interpret a US Supreme Court ruling that revived parts of Trump’s March 6 executive order banning people from those countries for 90 days.

The US Supreme Court last month let the ban on travel from the six countries go forward with a limited scope, saying it could not apply to anyone with a credible “bona fide relationship” with a US person or entity.

The Trump administration then decided that spouses, parents, children, fiances and siblings would be exempt from the ban, while grandparents and other family members travelling from Iran, Libya, Somalia, Sudan, Syria and Yemen would be barred.

The Trump administration also said that all refugees without a close family tie would be blocked from the country for four months.

Trump said the measure was necessary to prevent attacks. However, opponents including states and refugee advocacy groups, sued to stop it, disputing its security rationale and saying it discriminated against Muslims.

Hawaii’s attorney general Douglas Chin asked Watson to issue an injunction allowing grandparents and other family members to travel to the United States.

Hawaii and refugee groups argue that resettlement agencies have a “bona fide” relationship with the refugees they help, sometimes over the course of years.

The Justice Department said its rules were properly grounded in immigration law.

In his ruling, Watson said the government had an “unduly restrictive reading” of what constituted a close family relationship.

Chin, who represents the state as the plaintiff in the case said the court made clear “that the U.S. government may not ignore the scope of the partial travel ban as it sees fit.”

“Family members have been separated and real people have suffered enough,” Chin said in a statement.

Watson said the assurance by a resettlement agency to provide basic services to a newly arrived refugee constitutes an adequate connection to the US because it is a sufficiently formal and documented agreement that triggers responsibilities and compensation.

“‘Bona fide’ does not get any more ‘bona fide’ than that,” Watson said.

Melanie Nezer, vice president of global refugee advocacy group HIAS, said the ruling should mean that refugees can continue to be resettled in the United States, beyond a cap of 50,000 set by the executive order. That limit was reached this week.

“We are thrilled that thousands of people will be reunited with their family members,” said Becca Heller, director of the International Refugee Assistance Project.
More than 24,000 additional refugees should be allowed to travel to the U.S. under Watson’s order, she estimated.

That sparked protests and chaos at airports around the country and the world. 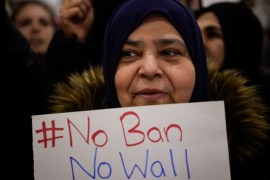 US state of Hawaii had requested an emergency order blocking parts of Trump’s ban on six Muslim countries. 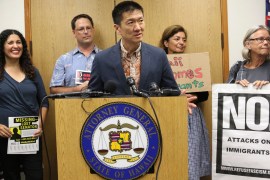 Bid to exempt grandparents from US Muslim ban rejected 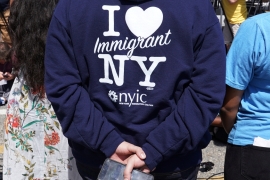