A typeface is at the heart of a Pakistani scandal after investigators accused Prime Minister Nawaz Sharif‘s daughter of presenting forged documents to a corruption probe against the Sharif family.

But the papers were dated a year before Calibri was in widespread commercial use.

The properties, bought using offshore companies, are at the centre of a case against the Sharif family, with authorities and the opposition questioning the legitimacy of funds used to buy the apartments.

Maryam Nawaz, Sharif’s political heir, claimed she did not own the flats.

In a report issued earlier this week, investigators tasked by Pakistan’s Supreme Court to look into the allegations said the documents she submitted were “falsified” as they were dated February 2006 and the font in which they were typed in was not released until 2007.

The controversy over the flats erupted last year with the Panama Papers leaks and could unseat Sharif.

The joint investigative team (JIT) based its conclusion on an assessment by London’s Radley Forensic Document Laboratory.

Who cares about Covfefe when the entire government can crumble due to #Calibri!

The uproar has also added fuel to calls for the prime minister to step down, a demand Sharif on Thursday rejected.

#Calibri, a @Microsoft font that just made the biggest contribution to #Pakistan democracy. #PanamaJIT

In another twist, Twitter users noted the Wikipedia entry for “Calibri” had been edited repeatedly following the revelations. The online encyclopaedia has since temporarily suspended edits to its page on Calibri.

Supporters of Sharif’s ruling PML-N party argued that Calibri has been publicly available since 2004.

But the font’s creator, a Dutch designer named Lucas De Groot, told the AFP news agency in a statement that it was “unlikely” Calibri had been used in any official documents in 2006.

“[In] my opinion the document in question was produced much later,” he said.

De Groot said he began designing Calibri in 2002 and sent the finalised version to Microsoft in 2004. After that, he said, it was used in beta versions that would have required “serious effort” to obtain.

READ MORE: A new life after bonded labour in Pakistan

Maryam Nawaz, herself a regular Twitter user, has not yet commented publicly on the Calibri claim, though she vowed the JIT report itself would be “decimated” in court.

Sharif’s PML-N party insists the wealth used to buy the properties was acquired legally, through family businesses in Pakistan and the Gulf.

But the JIT report said there was a “significant disparity” between the Sharifs’ income and lifestyle.

The Sharif family has consistently denied the allegations against it and rejected the JIT report.

The Supreme Court is considering its next steps and will begin deciding what action to take next week. 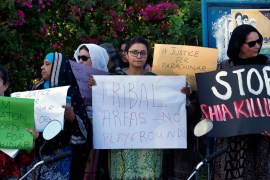 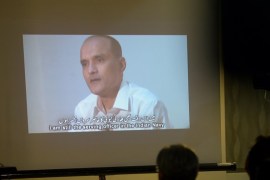 Pakistan army releases new video confession from Kulbhushan Jadhav who was sentenced to death on allegations of spying.