Dozens of firefighters poured water on to a big fire at Camden Lock Market, which is a popular tourist destination in north London.

The London Fire Brigade said 10 fire trucks and 70 firefighters had been sent to the site shortly after midnight on Sunday when a blaze erupted near Camden Stables.

It said three floors and the roof of a building within the complex were on fire.

Ambulance crews also rushed to the scene, but authorities said no injuries had been reported.

A Metropolitan Police spokeswoman said: “Police were called on Monday at 12.10am to Camden Lock Market to reports of a fire.

“London Fire Brigade were already at the scene when officers arrived. It is unknown at this stage if any persons are injured. We await updates.”

The market is very popular with tourists and Londoners, who are drawn to the area by the shopping and nightlife on offer.

“The fire was moving very fast,” said witness Joan Ribes. “People were watching, but we were scared the building could explode at any time since there are restaurants with kitchens nearby.”

A different part of the market complex was ravaged by a fire in 2008, and vendors were not able to operate for several months.

In June, a fire engulfed the Grenfell Tower in west London, killing at least 79 people. 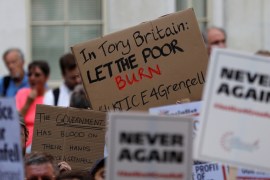 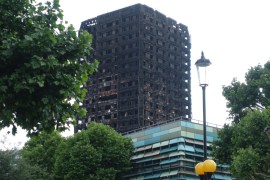 Pressure grows on local council and PM Theresa May to hold those responsible for perceived safety failings to account.