UK Prime Minister Theresa May faced calls to quit in the early hours of Friday after her election gamble to win a stronger mandate appeared to backfire and threw British politics into turmoil.

In the event of a hung parliament – where no party wins enough seats to have a majority in the House of Commons – the two major parties, Conservatives and Labour, will try and form a coalition government with one of the smaller parties.

Until a coalition government is decided, May remains prime minister – unless she opts to resign.

With no clear winner likely to emerge from Thursday’s vote, May vowed to provide stability, while Corbyn said she should step down.

“At this time, more than anything else, this country needs a period of stability,” a grim-faced May said after winning her own parliamentary seat of Maidenhead in southeast England.

“If … the Conservative Party has won the most seats and probably the most votes, it will be incumbent on us to ensure that we have that period of stability and that is exactly what we will do.”

After winning his own seat in north London, Corbyn said May’s attempt to win a bigger mandate had failed.

“I would have thought that’s enough to go, actually, and make way for a government that will be truly representative of all of the people of this country.”

May had unexpectedly called the snap election seven weeks ago, confident of sharply increasing the slim majority – 331 seats out of 650 – she had inherited from predecessor David Cameron before starting negotiations with the European Union over Britain’s departure from the bloc, or Brexit.

Instead, she risked an ignominious exit after just 11 months in the post, which would be the shortest tenure of any prime minister for almost a century.

Kieran Pedley, an analyst with GFK Market Research, told Al Jazeera that Labour has made impressive gains in southern marginals but that was offset to an extent by some Tory gains in Scotland.

“May didn’t have to call this election,” said Pedley.

“She called it because she expected to win and win big. Now that doesn’t seem like it’s going to happen, the knives are going to be out for her.”

The pound Sterling fell nearly two percent against the dollar on the back of the exit poll that was published as soon as voting ended at 10pm local time (21:00 GMT).

The far-right UK Independence Party, which won 12.5 percent of the vote two years ago and was a driving force behind the vote in a referendum backing Brexit, risked being wiped out.

The pro-European Liberal Democrats, who have campaigned for a second EU referendum, were projected to increase their number of seats from nine, but their former leader Nick Clegg, who was also a deputy prime minister from 2010 to 2015, lost his seat.

The Scottish National Party, which called for a new independence vote after Brexit, was tipped to lose up to 20 of its 54 seats.

Having won all but three of Scotland’s 59 seats in the British parliament in 2015, their share of the vote fell sharply and they lost seats to the Conservatives, Labour and the Liberal Democrats. 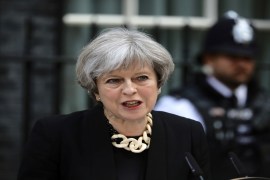 The latest news as the results come in for the UK general election. 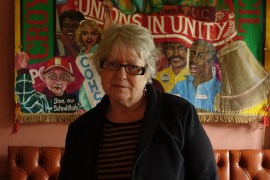 Labour lost the 2015 contest by just 165 votes and it needs a win this year to stand any chance of forming a government.