Polls have closed in the UK and an exit poll by British broadcasters points to the Conservative Party being the largest in the country.

A joint poll by BBC, Sky, and ITV news said the ruling party of Prime Minister Theresa May had won 314 seats with Jeremy Corbyn’s Labour Party winning 266 seats, which means May’s party will fall short of a majority in the parliament.

In Scotland, the nationalist Scottish National Party (SNP) continued to dominate, according to the poll, and would bag 34 seats.

With the exit poll announced, attention will now turn to individual results coming in, especially from key marginals and bellwether constituencies such as Croydon Central and Nuneaton.

In 2015, exit polls correctly predicted big Conservative gains when most analysts thought a deadlocked hung parliament was an inevitability.

The exit poll for the 1992 contest is infamously remembered for predicting that Labour would win most seats but the Conservatives ended the night with a majority of 10.

The 2017 campaign was called ostensibly to give May a comfortable enough majority to allow her to pursue the Brexit deal of her liking.

UK ELECTION: Is this the NHS election?

However, after two attacks claimed by the Islamic State of Iraq and Levant (ISIL) group, focus quickly turned to security.

The attacks in the northern city of Manchester and the capital, London, killed at least 30 people and wounded scores more.

Campaigning was halted in their aftermath but the leading candidates attacked each other on their record on countering such threats.

Corbyn said May’s cut to police numbers had left the country vulnerable to attack, while May attacked the Labour leader over his record of voting against anti-terror legislation.

When the campaign began, May’s party enjoyed a 25-point lead over Labour, but the gap narrowed to as close as one point in one poll.

As in other recent elections, the polls themselves became a talking point as different companies reported wildly different results.

The gap going into the final day ranged between one and 12 points.

The election was notable in that the leading parties were offering radically different visions of how the UK should be governed, with differences over the economy, education and key services.

Corbyn has promised to nationalise key industries, scrap tuition fees and build a million new homes, as well as taking an approach to Brexit that is less hostile to the EU.

Corbyn accuses the Conservatives of ruling for the benefit of the country’s elite and promised to govern “for the many”.

“Our Westminster system is broken and our economy is rigged. Both are run in the interests of the few,” he said in a speech earlier in the campaign.

.@Theresa_May, you cannot protect communities on the cheap and by disregarding the views of the police. They've been warning you since 2011. pic.twitter.com/bq8Dqs9APF

May has threatened to walk away from talks if the EU does not offer an adequate deal, and domestically showed no sign of ending austerity policies.

Before the end of the campaign, she said voters had to choose “between me working constantly to protect the national interest and to protect our security, and Jeremy Corbyn who frankly isn’t up to the job”.

Those divisions were on display outside polling stations across the country, among people Al Jazeera spoke to.

In the central English city of Leicester, a man in his fifties named Robert said he had never voted but felt compelled to this time.

“I don’t like the Conservatives and the way they have reacted to several issues,” he said.

Cast my vote with Philip and going to catch up with our campaign locally. Every vote counts – so please #VoteConservative in your area. pic.twitter.com/jpO6tD3OrT

“I’ve never voted before. This is the first time I’m voting and it’s because of the way Brexit is being handled.

“The way the Conservatives talk about immigration, their warmongering and so on.”

Not soon after he had left the polling station in the Labour stronghold, Lydia, a Conservative supporter, told Al Jazeera her choice came down to Brexit.

“I don’t trust Labour with Brexit at all. There’s only May who can get us a good deal on Europe. We had a vote and people decided and it’s wrong to go back on that.”

With opinion so divided on the issue and talks due to start with the EU in a matter of days, the issue may be a thorn in the side of the party that takes power next. 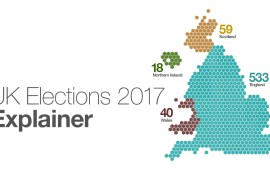 Al Jazeera breaks down the election process and the main contenders. 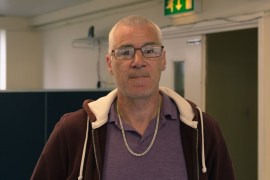 With food insecurity a hot-button issue in UK politics, the individuals who survive on food aid share their stories.