At least eight people have been killed and thousands displaced in the South African city of Cape Town after the worst storm in three decades unleashed heavy rains and high winds.

The storm, which hit on Tuesday and Wednesday, fanned fires and forced evacuations of some residents who were already having to cope with the region’s worst drought in a century.

In Cape Town and surrounding areas, victims included four people who died in a fire caused by lightning, three who died in another fire and one who was killed when a home collapsed, disaster management officials said.

Eleanore Bouw-Spies, Knysna’s mayor, described the fires as the worst in decades.

Additional firefighters have been sent to the town on Thursday as fires continued to rage, officials said.

James Styan, a spokesman for the Western Cape local government, said between 8,000 and 10,000 people had been evacuated from their homes due to the fires.

He added that officials were “cautiously optimistic that no further evacuations” would be needed in the area.

The “mother of all storms”, as it has been called by local media, hit more two weeks after a drought disaster was declared in the area.

Al Jazeera’s Malcolm Webb, reporting from Cape Town, said the problem “isn’t simply because of the weather, but also because of the poor state of housing of so many people living in the area”.

Thousands of people have been left homeless, according to Western Cape officials, with the millions living in shanty towns the hardest hit. Many had already been displaced in March when their homes burned down owing to a period of prolonged drought.

“Also the rain, that’s why I moved here with my child. We’re scared to stay in my shack,” she added from a shelter in Cape Town.

On social media, #CapeStorm and #KnysnaFire trended in the country, with many sharing photos and video of the storm, as well as urging residents to aid those who have been displaced.

Thoughts&prayers to families &people of #Knysna as they are evacuated due to raging #KnysnaFire ~ God Bless emergency service staff 🙏 pic.twitter.com/MHbOSa5suH

The storm also forced President Jacob Zuma, who was in the city, to cancel a scheduled speech at an international media conference in Durban, a city on the Indian Ocean coastline, his office said.

The South African military said it had placed a helicopter on standby to help with any emergency evacuations in Western Cape province, which includes Cape Town.

Schools were also closed on Wednesday owing to the storm.

The South African Weather Service said high winds were expected in the region into Thursday.

While the storm provided some relief for a severe drought, officials said sustained rainfall over several years is needed in a city whose reservoirs are at low levels.

On Wednesday, authorities urged residents to capture rain from the storm in containers for flushing toilets and other needs. 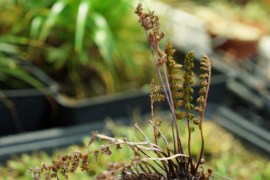 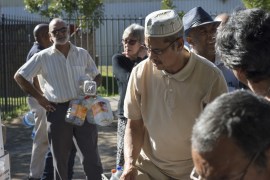 Authorities call on residents of South African city to limit showers to two minutes and flush toilets only if necessary.