Saudi Arabia, the United Arab Emirates, Bahrain and Egypt have closed their airspace to Qatari aircraft on Tuesday amid a deepening diplomatic row, forcing Qatar’s flag carrier to re-route its flights over Iran, Turkey and Oman.

The decision by the four Arab nations to sever diplomatic ties and cut off sea and air links with Qatar has caused major disruptions to air travel across the Gulf and raised fears for the future of aviation in the region – home to several of the world’s major long-haul carriers.

The countries that launched the measures against Qatar have accused it of supporting “terrorism”, a claim Qatar has called “unjustified”.

More than 70 flights were grounded across the region on Tuesday, according to data from scheduling firm OAG. A majority of the flights belong to Qatar Airways.

Other airlines affected include Dubai’s Emirates, Abu Dhabi’s Etihad Airways, Saudi Arabia’s Saudia, and Bahrain’s Gulf Air, which have all cancelled flights to and from Doha.

Alexandre de Juniac, the director general of the International Air Transport Association (IATA) has expressed concern over the blockade and called for more openness.

“We would like borders to be reopened, the sooner the better,” he told reporters at the group’s annual meeting in the Mexican city of Cancun on Monday. “Aviation is globalisation at its very best.”

The departure terminal at Doha’s Hamad International Airport was virtually deserted early on Tuesday. More than 30 flights were shown as cancelled on airport television screens.

Qatar Airways, in a statement on its website, said passengers holding a confirmed ticket to any of the four Arab nations between June 5 and July 6 are permitted to rebook their flights up to 30 days after their current departure date.

The airline said its offices would continue to operate as normal in affected countries.

Saudi Arabia’s General Authority of Civil Aviation, however, revoked the airline’s license on Tuesday and ordered its offices to be closed within 48 hours.

Meanwhile, many of the airlines’ passengers were complaining online of delays in rebooking and obtaining refunds.

An image posted online by flight tracking group Flightradar24 showed the restricted routes Qatar Airways flights were taking because of the blockade. The aircraft were being forced to take a single flight path in out of Doha.

“Many of Qatar Airways’ flights to southern Europe and Africa pass through Saudi Arabia. Flights to Europe will most likely be rerouted through Iran and Turkey,” Flightradar24 said. “Flights to Africa may route via Iran and Oman and then south.” 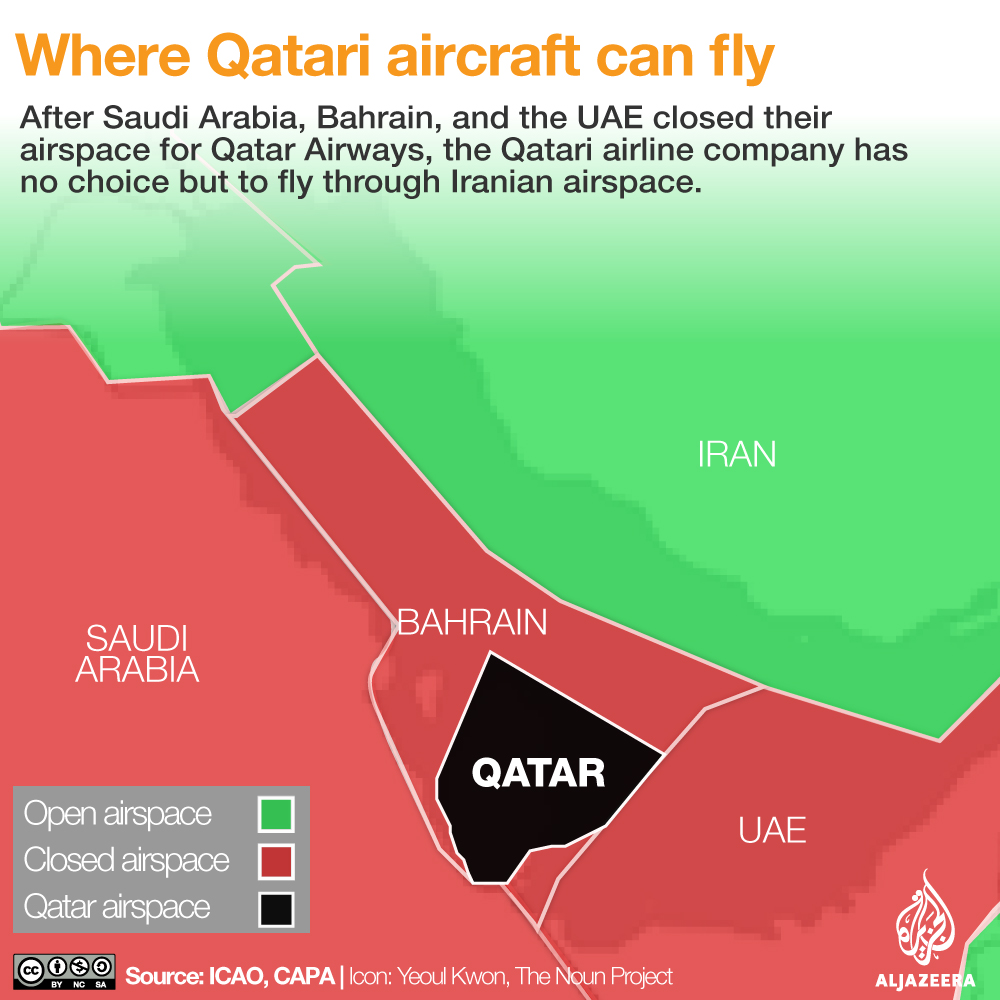 The CAPA Centre for Aviation in Melbourne, Australia, in a report on Monday, said the Gulf diplomatic crisis has dealt a blow to public confidence in aviation and may have a far-reaching impact on the region’s airlines.

“There can be few winners,” the group said, adding that the crisis “has already created wider uncertainty for Gulf aviation and passengers whose bookings are months away”.

The row between Gulf states is a fresh challenge for the region’s airlines at a time when US President Donald Trump is trying to restrict the travel of passengers to the US from some Muslim-majority countries.

US authorities have also banned the use of most electronic devices on board aircraft from some Gulf countries.

“Amidst growing security concerns and the existing laptop ban, passengers are unlikely to dig in to the reason for this ban. Gulf aviation becomes less attractive for all,” CAPA said.

“There is growing evidence that the ban on large electronic devices in the cabin and the uncertainty created around possible US travel bans is taking a toll on some key routes,” he said. 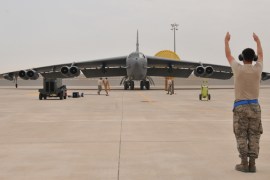