In a meeting held in Doha on Wednesday, Sheikh Sabah briefed Sheikh Tamim on his efforts to resolve the crisis between Qatar and each of the Kingdom of Saudi Arabia, the United Arab Emirates and the Kingdom of Bahrain, Qatar state news agency QNA reported.

No details have emerged about their discussions.

Also on Wednesday, Anwar Gargash, the foreign minister of the UAE, said “there’s nothing to negotiate” with Qatar, signalling Arab countries trying to isolate Doha will not back down.

Sheikh Sabah’s UAE trip came after meeting on Tuesday with Saudi King Salman in Jeddah, but their dialogue was also not made public.

Saudi Arabia and allies including the United Arad Emirates, Bahrain and Egypt (which is not a GCC member) on Monday cut diplomatic ties with fellow GCC state Qatar over claims Doha supports “extremism”.

The Saudi-led alliance also imposed economic blockade over Qatar which included closing the only land border with Qatar.

On Wednesday, Saudi Arabia’s foreign minister said that Qatar is a “brother state” and that punitive steps against it were a well-intentioned effort to stop its support for “extremism”.

Speaking in Germany, Adel al-Jubeir said that it was “with great pain” that the measures against Qatar were taken.

Kuwait and Oman, also GCC members, did not join their neighbours in severing ties with Qatar.

The Kuwaiti emir played a pivotal role in mediating a compromise in a 2014 diplomatic dispute between Saudi Arabia, Qatar and other Gulf states. 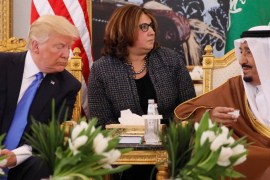