At least five people have been reported killed in the US state of Florida after a shooting near an industrial area.

Orange County Police said on Monday that the attacker also killed himself, adding that the situation has been contained.

Several roads in Orlando, where the shooting took place, were closed as officers responded to the incident, according to the Associated Press news agency.

The focus of the investigation is on a business that makes roof and shade for recreational vehicles.

Authorities said officers of the Federal Bureau of Investigation (FBI) have joined in the probe.

Shelley Adams told AP her sister Sheila McIntrye works at the company where the incident took place, and was in the bathroom when the incident happened.

McIntyre, who is now safe with police, told her sister that her boss had been shot dead.

The incident happened almost a year after the 2016 Orlando nightclub shooting that left 50 people dead including the shooter.

In 2016, there have been at least six mass shootings reported in the United States, leaving at least 71 people dead.

This year there have been two mass shootings recorded before last Monday’s incident. 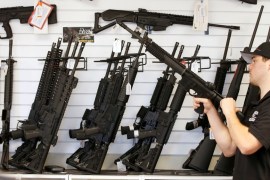 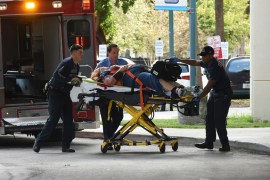 At least five dead and eight wounded in shooting attack at the Fort Lauderdale-Hollywood International Airport.