At least seven people were killed in a car and stabbing attack in the London Bridge area in the heart of the British capital.

A van rammed into pedestrians on the bridge and at least three attackers went on a stabbing spree in the nearby Borough Market area before being shot dead by police.

The suspects were wearing what appeared to be fake suicide vests, police said.

In March, another attacker drove his car into pedestrians near Westminster, killing four civilians and one police officer before being killed himself. 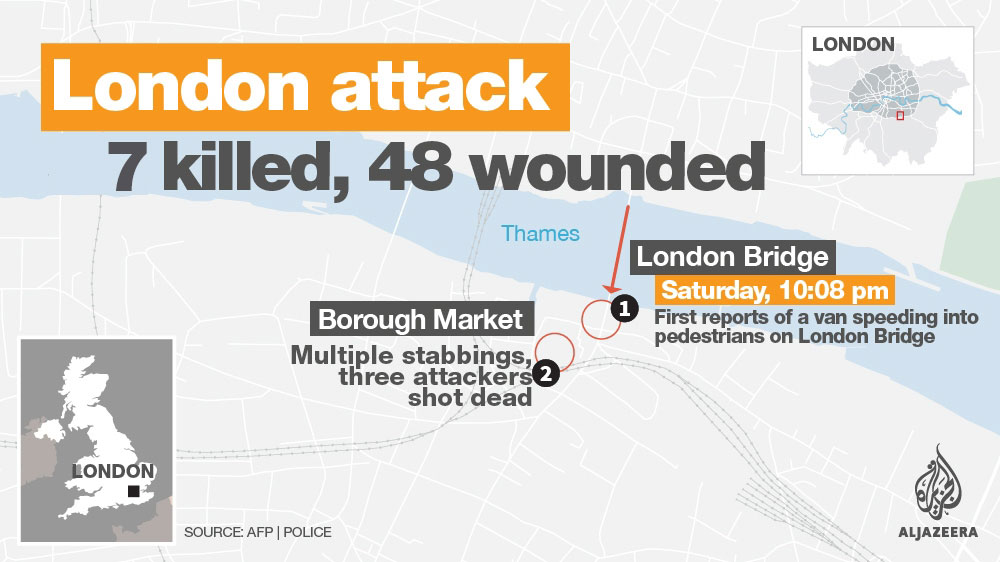