Iraq’s pro-government forces have retaken an area near the Syrian border from the Islamic State of Iraq and the Levant (ISIL) as part of operations to expel the armed group from strongholds in the country’s north.

The Hashed al-Shaabi (Popular Mobilisation) forces on Sunday announced the “total liberation” of Al-Baaj district “with support from the air force”.

“The Iraqi flag has been hoisted above its buildings,” said a statement from the Hashed, an umbrella organisation for pro-government fighters that is dominated by Iran-backed Shia armed groups.

The Hashed on May 12 launched an operation to retake the Qayrawan and Al-Baaj areas west of Mosul, the country’s second city that is the target of a massive anti-ISIL operation.

WATCH: When will Mosul be liberated?

The forces on May 23 announced they had retaken Qayrawan.

Both areas are in Nineveh, the province of which Mosul is the capital, and lie between territory under ISIL control in Iraq and Syria.

The armed group took over large swaths of territory of Iraq and Syria in 2014, but have since faced offensives on several fronts in both countries.

Iraqi forces backed by the US-led coalition have since October been battling to oust the group from Mosul.

They are advancing on the last areas of the city still held by ISIS, but the presence of large numbers of civilians is slowing their progress. 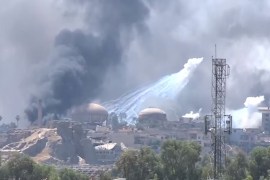 Iraq to probe use of white phosphorus in Mosul 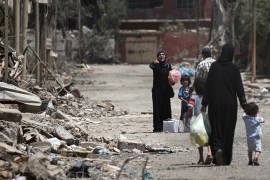 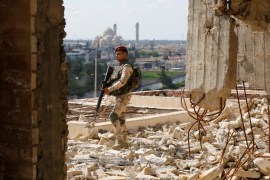