HRW said that many of Israel’s abusive practices were carried out in the name of security, adding that Palestinian armed groups have carried out scores of lethal attacks on Israelis, also in violation of international humanitarian law.

“Whether it’s a child imprisoned by a military court or shot unjustifiably, or a house demolished for lack of an elusive permit, or checkpoints where only settlers are allowed to pass, few Palestinians have escaped serious rights abuses during this 50-year occupation,” Sarah Leah Whitson, Middle East director at HRW, said.

“Israel today maintains an entrenched system of institutionalised discrimination against Palestinians in the occupied territory – repression that extends far beyond any security rationale.”

As the occupation enters its second half-century, the focus should be on increasing the protection of the rights of the population of the occupied territory, the HRW statement said.

Although Israel unilaterally withdrew from Gaza in 2005, currently more than half a million Jewish settlers reside across the West Bank and East Jerusalem in over 230 settlements.

Since 1967, Israeli authorities have expropriated thousands of square kilometres of Palestinian land for settlements and their supporting infrastructure, the group said.

“Many of these attacks amount to violations of international humanitarian law due to a failure to take all feasible precautions to spare civilians. Some amount to war crimes, including the targeting of apparent civilian structures,” the group said.

HRW added that Israel has tightened restrictions on the movement of people and goods to and from the Gaza Strip in ways that far exceed any conceivable requirement of Israeli security.

The group also said that Israeli authorities have incarcerated hundreds of thousands of Palestinians since 1967, the majority after trials in military courts, which have a near-100 percent conviction rate. 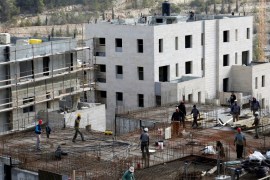 Israeli authorities will meet next week to approve new units in illegal settlements across the occupied West Bank. 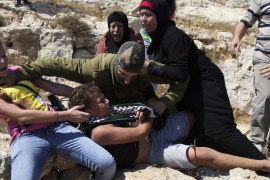 How Israel has failed Palestinian victims