Thousands of people have turned out in protests across India against a wave of attacks on Muslims by mobs that accuse them of killing cows or eating beef.

Waving “Not in My Name” banners and “Stop Cow Terrorism” placards on Wednesday, protesters braved monsoon rains in at least 10 cities including Mumbai, Kolkata and New Delhi where a cast of intellectuals and activists were joined by relatives of recent lynching victims.

Many Hindus worship the cow as sacred to their religion.

Critics accuse right-wing Hindu groups, some linked to Prime Minister Narendra Modi’s ruling Bharatiya Janata Party (BJP), of fomenting or not doing enough to stop violence against Muslims and lower-caste Hindus who eat beef or work in the meat and leather industries.

Last Friday, about 20 men attacked four Muslims on a train in the outskirts of New Delhi, fatally stabbing a teenager and seriously injuring two others.

“I feel afraid. I don’t even know if I will be able to reach home safely,” Bashruddin Khandawali, a 24-year-old cousin of Junaid Khan, who was killed on the train, told the Reuters news agency next to a huge “Lynch Map of India” banner.

In Mumbai, protesters refrained from shouting slogans but held up banners reading “stand up to Hindu terrorism” and “say no to Brahminism”.

“I am a Hindu. I consider the cow my mother. But killing people is not right,” Narendra Bhandari, a businessman in his 20s, told Scroll.in.

“I am afraid of the situation in my country now. We need to speak against this monstrosity. India is a place for everyone,” Dutta said.

The protests follow the stabbing to death last week of a 16-year-old boy accused of possessing beef on a train.

On Tuesday, a man was beaten and his house set on fire by a mob that accused him of slaughtering a cow in eastern Jharkhand state.

Rights groups say government officials, including the prime minister, have been slow to strongly condemn the attacks and that police action against perpetrators has been inadequate.

Five of the killings, almost all of them in broad daylight and in busy public areas, have taken place in the last three months.

Almost all of the 63 attacks since 2010 involving cow-related violence were recorded after Modi and his Hindu nationalist government came to power in 2014, IndiaSpend, a data journalism website, said in a report.

Twenty-eight Indians – 24 of them Muslims – have been killed and 124 injured since 2010 in cow-related violence, IndiaSpend said.

Anjali Arondekar, a professor visiting from the US state of California, said she had attended the Mumbai protest because “nobody seems to care any more that a young Muslim man is being killed”.

Community leaders called on Modi to do more to protect the 14 percent of India’s 1.3 billion people who are Muslims.

Although the protest was originally planned to be held just in the heart of the Indian capital, the #NotInMyName hashtag quickly started trending on Twitter and generated a great deal of response.

What a powerful image from Delhi #NotInMyName pic.twitter.com/OXBJBimEkp

The way #NotInMyName protest is being attacked by BJP, Times Now & Republic TV, it has clearly ruffled the right feathers!@StopMobLynching 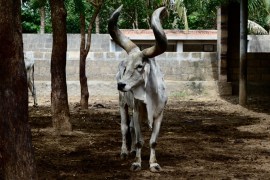 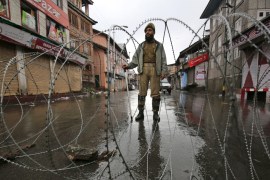