Tawfiq Abu Niem, Gaza’s deputy interior minister, said on Wednesday that the aim of the buffer zone is “to control the borderline area and boost security” on the frontier with Egypt.

The measures are part of an agreement reached with Egypt, Abu Niem said without elaborating.

“We are sending a message to Egypt that we are committed to fully ensuring the borders,” he said. “The plan includes levelling a 12km area close to the borderline with Egypt, placing lookout towers and cameras as well as lightening the whole area.”

He said the closed military zone would be 12km long and 100m wide, aiming “to prevent smuggling drugs and infiltration of people from and to Egypt”.

Bulldozers are expected to demolish a series of homes and structures along the border.

Earlier this month, a Hamas delegation, led by the group’s Gaza chief, Yahia Sinwar, conducted talks in Cairo on securing the border between the coastal enclave and Egypt.

Relations deteriorated between Cairo and Hamas after the Egyptian army’s 2013 overthrow of the then-ruling Muslim Brotherhood, of which Hamas is an offshoot.

Egypt has since accused Hamas of involvement in attacks in the country, an accusation that the group has denied.

In recent months though, relations between Gaza and Cairo have somewhat thawed.

Last month, Hamas unveiled a new policy charter in which it distanced itself from the now-banned Muslim Brotherhood, a shift seen as aimed at improving ties with Egypt.

Last week, Egypt began delivering a million litres of fuel to Gaza, temporarily easing a power crisis that has left the Palestinian enclave’s two million residents with only a few hours of electricity per day.

The deliveries came two days after Israel started to reduce the electricity it supplies to Gaza, following a decision by Mahmoud Abbas, the Palestinian Authority’s leader, to stop paying for it amid a dispute with Hamas. 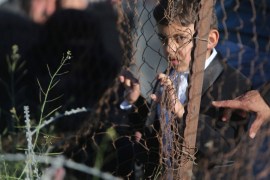 Security and humanitarian issues were discussed by the two sides, marking a thaw in the Egypt-Hamas relationship. 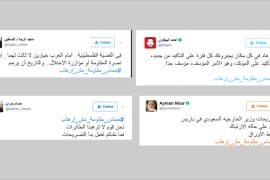