Mongolia will hold its first ever presidential runoff vote on July 9 after none of the three candidates won an absolute majority in the election, electoral officials say.

Khaltmaa Battulga of the opposition Democratic Party won the most votes, but failed to secure the majority required, the General Election Committee said on Monday.

“I never lose, I must win. I always win in the history of my life,” Battulga told Reuters news agency in an interview on Monday night, before the preliminary results were announced.

The former martial arts star will face off against parliament speaker Miyeegombo Enkhbold of the ruling Mongolian People’s Party (MPP), who scraped through with a 0.1 percentage point lead over Sainkhuu Ganbaatar of the Mongolian People’s Revolutionary Party (MPRP).

The third-place finisher has alleged fraud and demanded a recount.

“We should recount it, otherwise we lose our democracy,” Ganbaatar told AFP news agency.

The election was seen as a referendum on the government’s economic recovery plans and China‘s role in resource-rich Mongolia, a parliamentary democracy that has been buffeted by financial upheaval in recent years.

After the final districts were counted, Battulga emerged with 517,478 votes, 38.1 percent of the total, according to Mongolia’s state television.

The race for the second spot in the runoff was tight.

After lagging behind in the early count overnight, Enkhbold pulled ahead of Ganbaatar early Tuesday, with 30.3 percent of the total. The MPRP candidate trailed Enkhbold by fewer than 2,000 votes.

An establishment politician and currently parliamentary speaker, Enkhbold appears to have suffered as a result of his party’s austerity policies.

The new MPP administration secured a $5.5bn loan from the International Monetary Fund last year, raised interest rates, and slashed public spending to try to cope with heavy debts and a precipitous fall in the value of Mongolia’s currency, the tugrik.

More than 18,000 ballots were left blank by voters protesting against the choice of candidates on offer.

Voters said they heard little from the three about unemployment and jobs, their top concerns according to opinion polls. Campaigning has instead focused on their opponents’ allegedly shady pasts.

Battulga, a brash businessman, was haunted by reports of offshore accounts attached to his name, as well as the arrests of several of his associates by Mongolia’s anti-corruption body last spring.

And Ganbaatar appeared in a video in which he allegedly received a $44,000 donation from a member of the Moonies, or Unification Church, a South Korean-based Christian group that critics consider a cult.

All three rejected the allegations against them. 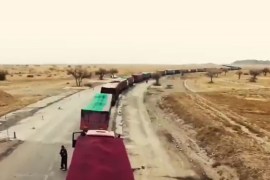 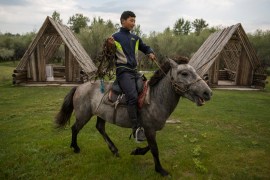