Mihai Tudose, the outgoing economy minister of Romania, has been appointed as prime minister, days after the ruling Social Democrat Party (PSD) removed its own government following an internal power row.

The 50-year-old Tudose now has 10 days to gain the vote of confidence in his government and his programme.

“Taking into consideration the current crisis, the urgency to end it … as it harms the economy (and) Romania’s external image abroad, I have decided to name Mihai Tudose as prime minister-designate,” President Klaus Iohannis told reporters on Monday.

Members of parliament are likely to vote on Tudose’s nomination on Thursday. The vote is seen as a formality given that the PSD holds a parliamentary majority with its ALDE ally.

The PSD unexpectedly withdrew its support for 43-year-old Grindeanu on June 14, barely six months after the party swept back to victory in elections.

Grindeanu, however, refused to resign and accused powerful PSD boss Liviu Dragnea, 54, of seeking to “concentrate all the power in his hands”.

Dragnea, who is barred from running for office because of a fraud conviction, is widely acknowledged to pull the strings behind the scenes.

But Grindeanu began to assert his independence in recent months, which reportedly led to his fall from grace.

Romanian media on Monday highlighted the fact that Tudose was one of the ministers held responsible for the failure of Grindeanu’s government to implement reforms.

It is the second major crisis to hit the PSD since it rode back into power in December, barely a year after being forced from office over a deadly nightclub blaze blamed on corruption.

In February, Romania’s largest protests since the fall of communism forced the government to drop a bill aimed at watering down anti-corruption laws that critics said would help Dragnea himself. 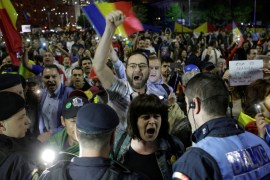 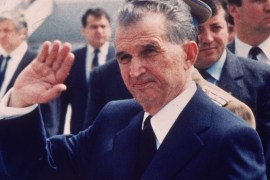