An Indian man sentenced to death on charges of spying in Pakistan has sought clemency from the country’s army chief after admitting charges of espionage against him, the Pakistani military has said.

Kulbhushan Jadhav, who was arrested in March last year, filed a mercy petition admitting “his involvement in espionage, terrorist and subversive activities” in Pakistan, the army said in a statement on Thursday.

“Seeking forgiveness for his actions, he has requested the Chief of Army Staff to spare his life on compassionate grounds,” the statement added.

Jadhav, a former Indian naval officer, was sentenced to death by a military tribunal in Pakistan earlier this year.

Pakistan’s government accepted the decision, saying it does not affect Jadhav’s current status as his execution was not imminent because of pending appeals.

On Thursday, India dismissed Pakistani military’s statement as farcical and an attempt to influence the proceedings of the ICJ.

“The details and circumstances of the alleged mercy petition by Mr Jadhav are not clear and even the fact of its existence is doubtful and shrouded as the proceedings against Mr Jadhav have been in opacity,” the Indian Foreign Ministry said in a statement.

It renewed a demand for consular access to Jadhav and the grant of visas to his family to meet him in prison.

Pakistan also released a new confessional video statement from Jadhav on Thursday, in which he said he visited Pakistan’s southern city of Karachi twice for intelligence gathering on naval installations.

In the video, he admits to working for India’s RAW agency and financing Baloch separatists to carry out attacks on Pakistani military targets.

Balochistan, Pakistan’s largest but least developed province, has been battling a years-long separatist uprising that the army has repeatedly characterised as “terrorism”.

Jadhav said Pakistan arrested him after he entered Balochistan, a statement that contradicts New Delhi’s claim that he was kidnapped from Iran last year.

Ties between India and Pakistan remain difficult and on Thursday there was fresh fighting on the disputed border in Kashmir, at the heart of 70 years of animosity.

The two countries have fought three wars since gaining independence from Britrish rule in 1947. Two of them have been over Kashmir. 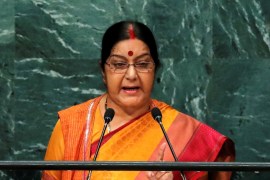 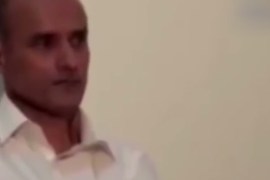