The government of the Central African Republic (CAR) has struck a peace deal with most of the country’s armed groups in a bid to end a long-running conflict that has killed thousands of people.

The “immediate ceasefire” agreement entails political representation for the rebel groups, including the Muslim Seleka and Christian anti-Balaka militias, in return for an end to attacks and blockades.

The deal, which was signed in Italy on Monday, was hailed as a significant development amid growing concerns following a recent escalation in  inter-religious and inter-communal violence.

Yet, it was also welcomed with cautiousness, as a number of similar accords signed over the past few years have failed to bring an end to a conflict that was recently called the world’s most neglected displacement crisis.

So, will this time be any different?

Al Jazeera spoke to Lewis Mudge, a researcher in the Africa Division at Human Rights Watch, about the latest agreement, how far it goes and whether the truce will last.

Al Jazeera: What does the deal actually mean for the conflict and accountability, given that similar treaties have been signed in the past?

Lewis Mudge: This is coming after other failed peace accords or agreements. There was Brazzaville in 2014, Nairobi in 2015 and parts of the Bangui Forum in 2015 which failed.

OPINION: Jan Egeland – We cannot let down the CAR again

The real work begins now in getting these groups to cease attacks on civilians. The accord is signed at a time when violence is on the increase in the east of the country and the civilian population is desperate for the violence to stop.

Al Jazeera: What about sections of the anti-Balaka and self defence groups still at large all over the country without central leadership? Will they put down their weapons too?

Mudge: This is a fundamental question: do the leaders of these armed groups exert sufficient control over their men to get them to stand down?

Some groups may, but others won’t. Some of the former Seleka groups have fought hard to control territory. I would be surprised if they were to give that up.

It must be pointed out that this document is general and refers to a roadmap that will followed by a monitoring committee to implement an ambitious agenda, so there is still a lot of work to be done.

Al Jazeera: The CAR seems to be at the cusp of a new emergency. Does this new document calling for an immediate ceasefire change that?

Mudge: I think it’s also important to point out that the deal proposes a Truth and Reconciliation Commission with a 12-month mandate.

Truth telling can be an important contribution to promoting as much of a sense of accountability and healing as possible.

At the same time, truth telling and reconciliation measures cannot be a substitute for fair, credible trials for the gravest crimes.

Prosecutions for the worst crimes committed in the CAR are essential to break long-standing impunity in the country, and are mandated by international law.

Prosecutions also engendered strong support at the Bangui Forum in 2015. Human Rights Watch has documented war crimes and possible crimes against humanity by Seleka, anti-Balaka and other groups.

A hybrid national court called the Special Criminal Court, with national and international judges and prosecutors, has been created to address these crimes and remains the best chance to break these cycles of impunity. 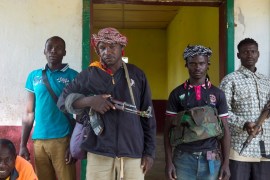 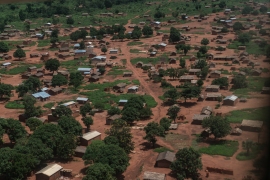