Qatar’s diplomatic isolation could “last years”, a UAE minister has said during a visit to Paris.

Saudi Arabia, UAE, Bahrain, Egypt and a number of other countries severed diplomatic and economic relations with Qatar on June 5, accusing it of supporting “terrorism” and Iran.

Qatar has strenuously rejected the accusations.

In his remarks on Monday, Gargash said “we do not want to escalate, we want to isolate”, but insisted that Qatar must abandon its support for “extremist Islamists” before a solution can be brokered.

Earlier in the day, Sheikh Saif bin Ahmed Al Thani, director of Qatar’s Government Communications Office, said in a statement: “The blockade has been ongoing for two weeks and the blockading nations have offered no formula for resolving the crisis.

“It is unfortunate that our neighbours have chosen to invest their time and resources in a baseless propaganda campaign.”

As for Turkey, which has emerged as the foremost supporter of Qatar since the Arab Gulf dispute began on June 5, Gargash said the country is trying, for now, to remain balanced between ideological zeal and national interests in dealing with the Gulf diplomatic crisis.

The Qatari defence ministry announced on Sunday the arrival of the first group of Turkish soldiers in the capital, Doha, to take part in joint military exercises.

The forces conducted their first training at the Tariq bin Ziyad military base, the ministry said.

The defence ministry said the exercises had been long planned and were part of a mutual agreement aimed at strengthening the defence capabilities of both countries, as well as boosting efforts to combat armed groups and maintaining stability in the region.

Earlier this month, Turkey’s parliament fast-tracked the approval of a separate agreement with Qatar that allowed troops to be deployed to a Turkish military base in the Arab Gulf state. 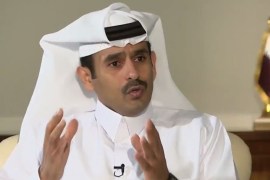 Qatar will not shut gas pipeline to UAE: QP CEO

Saad al-Kaabi says despite the blockade against Qatar, Doha will not shut its gas pipeline to its ‘brothers’. 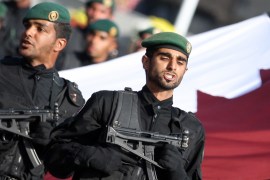 Why did Qatar leave the Djibouti-Eritrea border?

The renewed Djibouti-Eritrea border dispute is the first ripple effect of the Gulf crisis in Africa.