Saudi coastguard officers have opened fire on Iranian fishing boats in the Gulf, killing a fisherman, according to Iranian media, amid high tensions between the two rival states.

“Two Iranian boats that were fishing in the waters of the Persian Gulf were pushed off their course by waves. There was shooting by Saudi border guards … and one Iranian fisherman was killed,” the semi-official Tasnim news agency quoted an interior ministry official as saying about Friday night’s incident.

“We are pursuing this matter to determine if the Iranian boats had crossed the Saudi border or not, but the action of the Saudis does not comply with humanitarian and navigational principles,” said Majid Aqababai, an Iranian border affairs official, according to Tasnim.

There was no immediate Saudi reaction.

Relations between the two countries are at their worst in years. Last week Riyadh, along with several other countries, severed ties with Qatar, citing its alleged support for “terrorism” and of Iran as reasons. Qatar strongly denied the allegations. 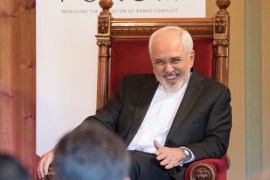 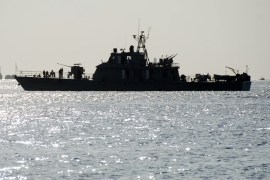 Flotilla will head to Oman before starting mission in international waters near Yemen, the country’s navy says.