At least five soldiers have been killed in an attack on an army post in northern Mali, according to the country’s military.

Eight others were also wounded in the attack in Bintagoungou early on Saturday, Colonel Diarran Kone, spokesman for the Malian Army, told the Associated Press news agency.

An Army statement said nine vehicles were destroyed in the attack, which took place around 80km from the historic city of Timbuktu.

“All the camp’s military material was ransacked,” a local official told the AFP news agency.

A resident had earlier said that there were “no Malian soldiers to be seen – the camp has been laid waste. The jihadists left with military hostages.”

On June 8, at least three UN peacekeepers from Guinea were killed in an assault near their base in Kidal.

The Group to Support Islam and Muslims, a fusion of three armed groups with previous al-Qaeda links that is also known as Jamaat Nusrat al-Islam wal-Muslimeen in Arabic, claimed that attack.

Formed in March and led by Iyad Ag Ghaly, a former leader of the Ansar Dine group, the group has claimed multiple attacks on domestic and foreign forces since its formation, notably the 12,000-member MINUSMA, the UN force in Mali.

MINUSMA began operations in 2013, providing security to and assisting Malian troops in a region which fell to armed groups linked to al-Qaeda in March 2012.

Although a French-led military intervention the following year drove the groups out of key towns, they have since spread further south.

The unrest has continued despite a 2015 peace deal between the government and Tuareg-led rebels offering partial autonomy to the north.

The violence has also prompted five West African countries, known as G5 Sahel, to call for the creation of a regional military force by the end of this year.

On Thursday, UN Secretary-General Antonio Guterres said the wave of attacks shows a “growing spillover of instability” into Mali’s neighbouring countries, and demonstrated the need “for enhanced regional cooperation”. 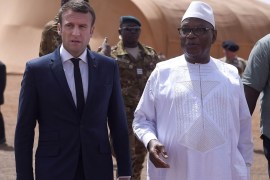 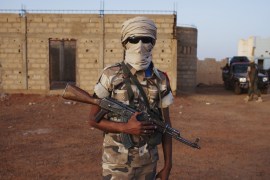 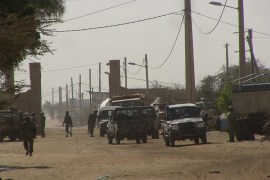