A criminal court in Egypt has sentenced 31 people to death for their alleged part in the June 2015 assassination of the country’s top prosecutor, Hisham Barakat.

The ruling on Saturday, issued by judge Hassan Farid, referred the case to the country’s top theologian to get his non-binding opinion on the death sentences, a formality followed by courts in the case of capital punishment.

“They shed the blood of a Muslim while he was fasting in Ramadan,” Farid said, referring to the Muslim holy month that fell in July in 2015.

“And whoever kills a believer intentionally, his punishment is hell,” the judge added, quoting a verse from Islam’s holy book, the Quran.

He oversaw the acquittal of former Egyptian President Hosni Mubarak.

He was killed by a car bomb near his house in Cairo on June 29, 2015, and is the most senior government official killed by armed groups since Morsi’s overthrow.

The court will reconvene on July 22 to reaffirm the death sentences and issue its verdict on the 36 other defendants in the case. Of the 67 defendants, 15 are at large.

The other suspects on trial have yet to receive their judgements.

Egyptian authorities have accused the Muslim Brotherhood movement and the Palestinian group Hamas of involvement in the attack, an accusation strongly denied by both groups.

Dozens of Muslim Brotherhood leaders and followers have been given heavy-handed sentences since Morsi’s overthrow.

Amnesty International has recently criticised the increasing number of mass death sentences handed down in Egypt. 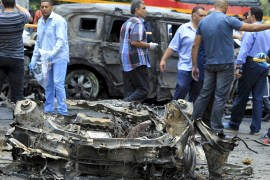 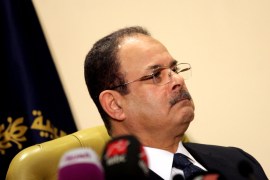 Palestinian group had been accused of helping the Muslim Brotherhood of plotting fatal bomb attack on chief prosecutor.