Rights groups filed a case to stop United States immigration officials from deporting more than 100 Iraqis who were rounded up in raids in Michigan over the weekend, including Christians who fear religious-based violence back in Iraq.

The American Civil Liberties Union (ACLU) filed a class action lawsuit  on Thursday naming seven petitioners, saying the detainees must have a chance to prove they could face torture or death if returned to Iraq. It called for a hearing of the Eastern District of US District Court on Friday.

Over the weekend, 114 Iraqi nationals were arrested in the Detroit area while 85 have been detained across the rest of the country over the past several weeks, said US Immigration and Customs Enforcement (ICE) spokeswoman Gillian Christensen.

Most of those arrested had criminal convictions for everything from burglary to murder, Christensen added.

The ACLU acknowledged some detainees have had “run-ins with the law” but have reformed. Most of the Iraqis are being held at a detention facility in Youngstown, Ohio, and deportations could start as soon as Friday, the ACLU added in a statement.

“It is unconscionable, un-American, and cruel to send Christians into harm’s way in Iraq. We must be their protector, not their executioner,” Mark Arabo, a Chaldean Christian and president of the Minority Humanitarian Foundation, which is involved in the case, told Al Jazeera.

“We look forward to the day that this suit sees the light of the courthouse, so that we may begin the long road to recovery for our community.”

One of the petitioners, Moayad Barash, 47, was nabbed by immigration agents during a family beach outing on Sunday. The Chaldean Christian served time for drugs and other offences while a teenager, but has become the breadwinner in a family of four children – all US citizens.

“We’re hoping they release him and stop the deportation and bring the families back home, where they belong, before Father’s Day,” his daughter, Cynthia Barash, 18, told Al Jazeera, referring to the June 18 celebration.

“We really want our best friend to come back home. We don’t need our father or anybody else in the Chaldean Christian community to be sent back to Iraq to be tortured. If you look up what they do to people in Mosul, it’s crazy.”

Iraq’s government previously refused to accept nationals with criminal records that the US wished to deport. That changed three months ago when Baghdad agreed to accept deportees as part of a deal removing it from President Donald Trump’s travel ban.

“We are hoping that the courts will recognise the extreme danger that deportation to Iraq would pose for these individuals. Our immigration policy shouldn’t amount to a death sentence for anyone,” said Kary Moss, ACLU director in Michigan.

Chaldeans are indigenous Iraqis linked to the Roman Catholic Church and mainly based in northern Iraq for centuries. They began migrating to the Detroit area in the 1920s. According to the Chaldean Community Foundation, an estimated 200,000 Chaldeans live in the US. 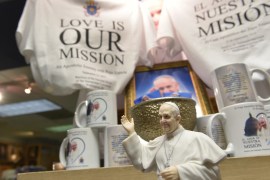 Arab-American Christians and high hopes for the pope

As conflict surges in the Middle East, American Christians press the pontiff to fight for their rights. 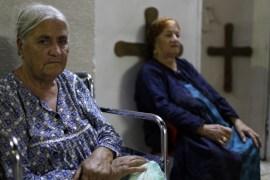