US Secretary of State Rex Tillerson has said the classification of the Muslim Brotherhood in its entirety as a “terror” group complicates the security and politics of the Middle East.

His testimony on Wednesday before the House Committee on Foreign Relations comes amid rising tensions in the Gulf, part of which centre on Qatari support for the Muslim Brotherhood.

Tillerson said it was problematic to place the entire organisation – whose members amount to more than five million, some of whom occupy positions in governments across the region – on a “terror list”.

“Those elements… have done so by renouncing violence and terrorism,” he said.

“So in designating the Brotherhood in its totality as a terrorist organisation… I think you can appreciate the complexities this enters into our relations with [governments in the region].”

The top US diplomat said Washington had designated elements of the group that are committed to violence as “terrorists”, but that a broad classification of the entire group would present complications.

Saudi Arabia, Bahrain, the UAE, Egypt and several other countries cut ties with Qatar earlier this month over its alleged support for “extremist” groups, including the Muslim Brotherhood. Doha has denied all allegations.

The Muslim Brotherhood is the oldest political Islamist group in the Arab world. While it is officially banned in some countries, in many others, its branches play an important role in domestic politics and often serve as government officials.

To date, the countries that have labelled the MB as a “terrorist organisation” are: Bahrain, Egypt, Russia, Saudi Arabia, Syria, and the United Arab Emirates. 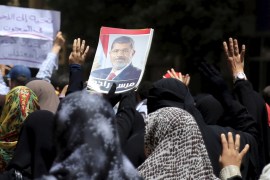 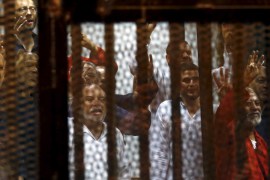