The US State Department has said efforts to resolve a major diplomatic crisis between a group of countries led by Saudi Arabia and Qatar are “trending in a positive direction”.

Spokesperson Heather Nauert made the statement at a news conference on Tuesday after a meeting between Saudi Foreign Minister Adel al-Jubeir and US Secretary of State Rex Tillerson in Washington.

She told reporters that the dialogue between the top diplomats over the situation in the Gulf was “hopeful”.

“Together they talked about the need … to come together, to work together. I would characterise the mood and the approach to that as being one that is hopeful, that believes that the worst is behind us,” Nauert said.

Saudi Arabia, the United Arab Emirates (UAE) and Bahrain and a number of other countries severed relations with Qatar last week, accusing it of supporting armed groups and Iran. Qatar rejects the accusations.

Riyadh also closed its border with Qatar, the only land border the emirate has. In addition, closure of Saudi, Bahraini and Emirati airspace to Qatar-owned flights has caused major import and travel disruptions.

Before the meeting, Jubeir told reporters that measures taken against Qatar did not amount to a blockade.

He also said that his government was exercising its “sovereign right” by blocking Qatar from using Saudi airspace, territorial waters and their mutual border.

“There is no blockade of Qatar. Qatar is free to go. The ports are open, the airports are open,” Jubeir said alongside a silent Tillerson, who had called last week for the embargo on Qatar to be “eased”.

“The limitation on the use of Saudi airspace is only limited to Qatar Airways or Qatari-owned aircraft, not anybody else,” Jubeir said.

“The seaports of Qatar are open. There is no blockade on them. Qatar can move goods in and out whenever they want. They just cannot use our territorial waters.”

Tillerson on Friday had called the measures imposed on Qatar “a blockade”.

Marwan Bishara, Al Jazeera’s senior political analyst, said that Saudi Arabia seemed to be toning down its rhetoric against Qatar through Jubeir’s statement.

“Instead of backtracking on previous Saudi threats to Qatar, [Jubeir] tried to clarify that Qatar is not under blockade and Riyadh was only exercising its sovereign rights with the measures it took,” he said.

“He tried to express that Saudi Arabia is not imposing aggressive draconian punitive measures against Qatar.”

Qatar is a country that heavily relies on imports of food and water, among other products.

The Gulf state, which imported the vast majority of its food from Gulf Arab neighbours before the diplomatic shutdown, has been cooperating with Iran and Turkey to secure food and water.

The three Arab Gulf countries also ordered Qatari nationals to leave within 14 days, while Saudi, UAE and Bahraini citizens were also given the same timeframe to leave Qatar.

Qatar has condemned the boycott declared by its neighbours as “collective punishment”. 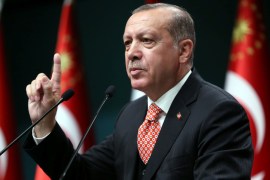 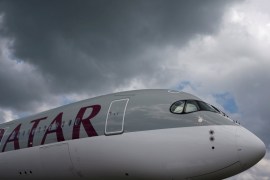 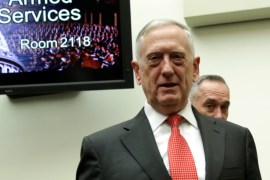 Defence secretary Mattis says Qatar ‘moving in the right direction’ but common ground needs to be found in crisis. 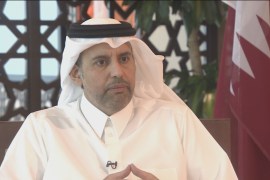