Turkish President Recep Tayyip Erdogan has told Bahrain’s foreign minister that Turkey’s military base in Qatar was aimed at contributing to the security of the entire Gulf region and was not aimed at any specific Gulf state.

Cavusoglu said Turkey would continue its efforts to resolve the dispute, as Qatar faces isolation imposed by fellow Arab states over its alleged support for “terrorism”.

The deal to send Turkish soldiers in Qatar, aimed at improving the country’s army and boosting military cooperation, was signed in April 2016 in Doha.

According to Cavusoglu, Erdogan told Sheikh Khalid during their meeting that the dispute between Qatar and other Arab states should be resolved by the end of the Muslim holy month of Ramadan.

“President Erdogan stressed that this tragic event – contradicting our religion, belief and traditions – should be resolved before the holy month of Ramadan ends while he emphasised his sadness over the crisis,” said Cavusoglu.

“The ratification of the military treaties is not an anti-Saudi move at all,” Can Kasapoglu, a defence analyst from Turkey’s EDAM, told Al Jazeera.

“Yet, although this is not an anti-Saudi position, it is a pro-Qatari one for sure. Ankara prioritised its geopolitical perspective, and showed that it holds its military presence [in Qatar] above the recent diplomatic crisis.”

After an initial deployment of Turkish soldiers at a base in Doha, Turkish fighter jets and ships will also be sent, Turkey’s Hurriyet newspaper said on its website on Friday.

A Turkish delegation was set to arrive to Qatar in the coming days to assess the situation at the base, where about 90 Turkish soldiers are currently housed, according to an earlier report by Hurriyet. 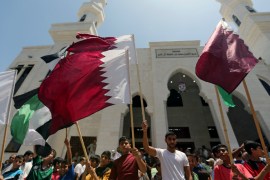 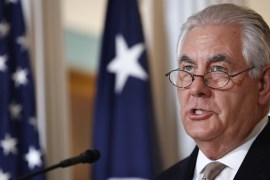 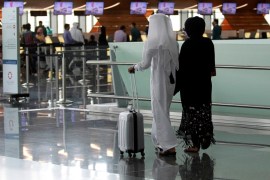