Turkish President Recep Tayyip Erdogan has compared Israel’s policies against the Palestinians to the racism of the early days of the United States and the apartheid-era in South Africa.

“What’s the difference between the present acts of the Israeli administration and the racist and discriminatory politics that were practised against black people in the past in America – and up until a short time ago in South Africa,” Erdogan said on Monday.

Erdogan – speaking at an event in Istanbul that focused on the Middle East conflict – also cautioned the US not to move its embassy from Tel Aviv to Jerusalem. Such a move is “extremely wrong” and such talk should be abandoned, he said.

He added that the embargo on Gaza by Israel “has no place in humanity”.

The Turkish leader criticised Israel over legislation working its way through the Knesset that would place restrictions on the Islamic call to prayer. One such bill would ban calls to worship via loudspeakers between 11pm and 7am.

“Whoever systematically violates human rights in their own country should not preach morality to the only true democracy in the region,” said Israeli foreign ministry spokesman Emmanuel Nahshon.

“Israel consistently protects total freedom of worship for Jews, Muslims and Christians – and will continue to do so despite the baseless smears launched against it,” he said in a statement.

Erdogan’s comments come shortly after Israeli ministers approved a controversial bill that will downgrade Arabic as an official language and define the country as the “national home of the Jewish people”.

Turkey’s leader has a history of slamming Israeli policy in Palestine. Last November he compared Israel’s actions in the Gaza Strip to those of Nazi leader Adolf Hitler.

That comment doubled down on remarks he made in 2014 during an Israeli military offensive in the isolated Palestinian coastal enclave under a strict blockade. He then accused Israel of genocide and said its actions were more barbaric than the Nazi regime. 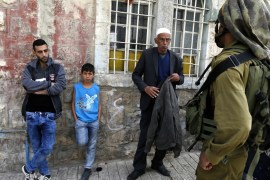 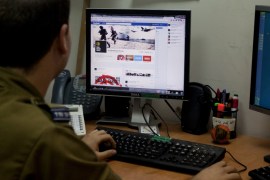