The Taliban has captured a district in Afghanistan‘s northern Kunduz province, the second area to fall to the group a week after they launched their so-called spring offensive.

Mahfoozullah Akbari, a spokesman for Kunduz police, said Taliban fighters attacked the district of Qala-e-Zal “from several directions” on Friday, and took full control of the district by mid-morning on Saturday.

Akbari said security forces had put up tough resistance but were forced to retreat because reinforcements failed to arrive in time.

In a statement posted on their website, the Taliban said they had killed a number of soldiers, policemen and pro-government militia members and confiscated a huge cache of arms and ammunition.

Last month the Taliban delivered a painful blow to the government, with its fighters dressed in Afghan army uniforms killing at least 135 young recruits at a base near northern Mazar-i-Sharif city.

More than 16 years after they were driven from power, almost half of the country is either contested or under the control of the Taliban.

According to US military estimates released by the Special Inspector General for Afghanistan Reconstruction (SIGAR), the Afghan government can only claim to control or influence 57 percent of the country’s 407 districts. 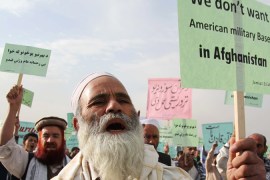 Making sense of the tragedy in Mazar-i-Sharif

The grisly attacks on UN employees in Afghanistan reflect underlying and mounting grievances that are being ignored. 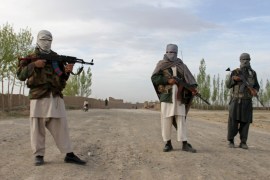