Dubke’s departure comes as aides say Trump has grown increasingly frustrated by allegations of Russian meddling in the 2016 election and revelations of possible ties between his campaign and Moscow.

In a statement, Dubke said it had been his “great honour to serve President Trump and this administration. It has also been my distinct pleasure to work side-by-side, day-by-day with the staff of the communications and press departments”.

His last day on the job has not yet been determined.

OPINION: The US’ never-ending days of reckoning

“He has expressed his desire to leave the White House and made very clear that he would see through the president’s international trip,” Trump adviser Kellyanne Conway said about Dubke in an interview on Fox News, referring to Trump’s first overseas trip to the Middle East and Europe that ended on Saturday.

Plans for a shake-up

According to administration officials, the president plans to bring in new aides to the White House, adding experienced political professionals including Trump’s former campaign manager.

The changes may also include more lawyers to handle the Russia probe as part of the effort to tackle a scandal that has threatened to consume Trump’s young presidency.

Dubke’s hiring had been intended to lighten the load on Sean Spicer, the White House press secretary who had also been handling the duties of communications director during Trump’s first month in office.

Trump has privately pinned some of the blame for his administration’s rough start on the White House’s communications strategy.

Other potential changes to the White House communications office are expected according to US media, including fewer on-camera briefings with Spicer. Trump will also take more questions directly from the media.

Conway, on Fox News, also played down persistent rumours that Spicer was on his way out. She said he would be back at the podium to brief reporters on Tuesday. 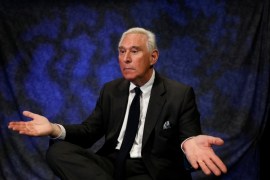 What made Trump can/will break Trump

The promise and peril of American democracy. 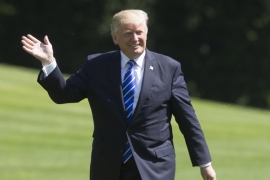