Ecuador’s new President, Lenin Moreno, has criticised Julian Assange as a “hacker”, but stressed his government will allow the WikiLeaks founder to remain at the Ecuadorian embassy in London.

Moreno, who took office this month, has broken with his predecessor Rafael Correa, who had said Ecuador had “done its duty” by granting the Australian asylum in 2012.

“Mr Assange is a hacker,” Moreno told journalists on Monday. “That’s something we reject, and I personally reject.”

Moreno also called on Assange not to interfere in the internal politics of Ecuador or other countries.

Assange responded on Twitter that he is a journalist and an editor, and accused Moreno of slander.

Who is misadvising @Lenin? Saying that I am not allowed to "talk about the politics of any country" then today slandering me as a "hacker"?

Earlier this month, Swedish prosecutors dropped a seven-year rape allegation against Assange and withdrew the European arrest warrant that had prompted his flight to the embassy and an appeal for asylum.

Assange, who denied the accusations, feared Sweden would hand him over to the US to face prosecution over WikiLeaks’ publication of thousands of classified military and diplomatic documents in one of the largest information leaks in US history.

Moreno said Assange could continue living in the Ecuadorian embassy because “it seems the British government is not going to grant safe passage”.

Despite Sweden dropping the rape charges, British police have said they still intend to arrest Assange if he leaves the London embassy, because he had broken his conditions for bail by taking refuge there.

Assange dodged an eviction order in Ecuador’s April election after the right-wing candidate who had vowed to kick him out of the embassy lost to Moreno.

Assange wrote on his Twitter account last week that he would publish evidence of corruption in Ecuador if he received it.

He has been under the protection of the Ecuadorian Embassy for almost five years. 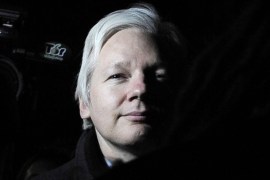 The founder of the whistleblowing website WikiLeaks has been holed up in the Ecuadoran embassy in London since 2012. 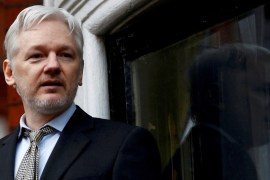 UK police say Assange will still be arrested for ‘minor offence’ if he left Ecuadorian embassy where he is holed up. 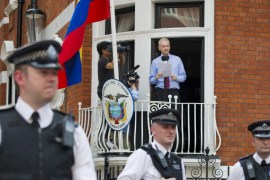 Founder of whistle-blowing website, who has been living in Ecuador’s UK embassy for years, denies the accusations.