US President Donald Trump will host Palestinian leader Mahmoud Abbas at the White House on Wednesday to discuss the path forward in the long-running Palestinian-Israeli conflict.

Trump’s meeting with the head of the Palestinian Authority will be another test of whether he is serious about pursuing what he has called the “ultimate deal” of Israeli-Palestinian peace that eluded his predecessors.

Abbas told Palestinians at a meeting in Washington, DC, on the eve of the talks: “We hope this will be a new beginning.”

He blamed the lack of dialogue in recent years on the Israeli government, saying its leaders “have no political vision”, and reiterated his demands for an independent Palestinian state along pre-1967 lines, with East Jerusalem as its capital.

“Without this we will not accept any solution,” said Abbas, who touted an Arab League peace plan that offers Israel diplomatic relations with the Muslim world for a Palestinian state. “There is no alternative.”

After hosting Israeli Prime Minister Benjamin Netanyahu in February, Trump will host Abbas for the first time since coming to office.

“The president’s ultimate goal is to establish peace in the region,” said Sean Spicer, the White House press secretary, on Tuesday.

That long-shot effort – which has eluded US presidents since the 1970s – got off to a rocky start early in Trump’s administration.

He renounced US support for a Palestinian state and vowed to move the US embassy to Jerusalem, breaking two tenets of US policy held for decades.

At the same time, Trump has urged Israel to hold back on settlement building in the West Bank, a long-standing concern of Palestinians and much of the world.

Pence said Trump is “personally committed to resolving the Israeli and Palestinian conflict” and “valuable progress” is being made.

“Momentum is building and goodwill is growing,” Pence said at an Israeli independence day event at the White House.

Abbas makes the trip to Washington while politically unpopular back home, with polls suggesting most Palestinians want the 82-year-old to resign.

He will be hoping Trump can pressure Israel into concessions he believes are necessary to salvage a two-state solution to one of the world’s longest-running conflicts.

Though expectations are low, plans are being firmed up for Trump to visit Netanyahu in Jerusalem and possibly Abbas in the West Bank, on May 22-23, according to people familiar with the matter.

National Security Adviser HR McMaster said on Tuesday night that Trump “does not have time to debate over doctrine”, and instead seeks to challenge failed policies of the past with a businessman’s results-oriented approach.

Trump’s unpredictability has rattled friends and foes alike around the world. Some analysts doubt he can succeed where experienced Middle East hands have failed for decades, especially when trust between Israelis and Palestinians is at a low point.

“The president is not a super-patient man,” McMaster said.

“Some people have described him as disruptive. They’re right. And this is good – good because we can no longer afford to invest in policies that do not advance the interests and values of the United States and our allies.” 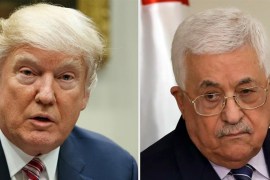 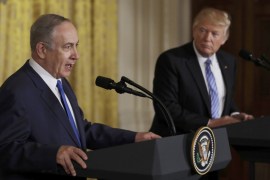