Paris Mayor Anne Hidalgo has sparked outrage by calling for a ban on a black feminist festival in the French capital, saying it was “prohibited to white people”.

The first edition of the Nyansapo Festival, due to run from July 28 to 30 at a cultural centre in Paris, billed itself as “an event rooted in black feminism”, and reserved four-fifths of the festival area for black women, according to its website in French.

Another space would be set aside for black people, regardless of gender, and a third area would be open to all.

Hidalgo, in a Twitter post on Sunday, said she firmly condemned the organisation “of this event, ‘prohibited to white people’.”

“I am asking for this festival to be banned,” Hidalgo said, adding that she also reserved the right “to prosecute the organisers for discrimination”.

While some French anti-racist and anti-semitism organisations also condemned the festival, Hidalgo’s call for a ban triggered angry reactions from the organisers and some social media users.

They described the call as an attempt to prevent black feminists from organising against and resisting racism in France.

SOS Racisme, an anti-racist movement, described the event as “a mistake, even an abomination” while LICRA, the International League against Racism and Anti-semitism, referring to an American civil rights icon, said: “Rosa Parks would be turning in her grave.”

Organisers hit back, with cultural centre La Generale, where the event was to be hosted, and the collective Mwas, saying they were the “target of a disinformation campaign and of ‘fake news’ orchestrated by the foulest far right”.

“We are saddened to see certain anti-racist associations letting themselves be manipulated like this,” according to a statement posted on the Generale website.

Organizing amongst ourselves to reclaim the narrative, to demand that discriminations end, etc. has been a crime since the #BlackCode

#JeSoutiensMwasi safe spaces are so so important especially if your talking about sensitive issues such as race and gender. Support this!

French white supremacy is so thorough that mayors will lie and deploy police violence just to keep minorities from MEETING. #JeSoutiensMwasi

“I support Mwasi because now more than ever non-mixed spaces are important for our political emancipation,” said this Twitter user, with another one adding:

“Non-mixed spaces are indispensable for our struggles. We have a right to support ourselves.” 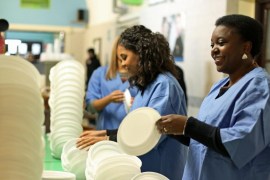 Milan court rules Northern League MEP was guilty of racism over comments he made about Italy’s first black minister. 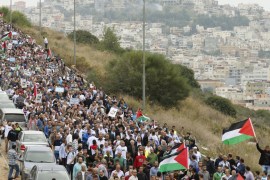 Israel’s Knesset has passed its first vote on a new bill defining Israel as ‘a national home of the Jewish people’.