Lightning and thunderstorms have killed 29 people and injured dozens of others in India’s eastern state of Bihar, disaster management officials said.

The deaths took place in villages across the districts of Jamui, Champaran, Vaishali and Samastipur on Sunday.

“Twenty-six people died due to being struck by the lightning and six more casualties occurred due to the collapsing of walls and homes,” Anirudh Kumar, of Bihar’s Disaster Management Authority, told Al Jazeera.

Kumar said that the fierce winds and uprooted trees damaged about 250 homes in the ten districts of Bihar, according to a preliminary assessment.

The victims were mainly farmers and homeless people, he added. The wounded were given medical treatment at hospitals and were discharged, Kumar said.

Strong winds also damaged crops and property, as state agencies were assessing the damage, he added.

The storm occurred during the height of summer in India, which has seen soaring temperatures across many states in advance of the monsoon season.

The region was hit by similar storms earlier this month, claiming 22 lives.

Kumar said that a warning about possible thunderstorms in Bihar had been issued in 38 districts on Monday and that the people were advised to protect themselves inside safe shelters.

“The six additional casualties occurred because people left their homes for work despite warnings. There is still a possibility of thunderstorms and lightning,” the official said, adding that the electricity had been disrupted by uprooted trees falling on power cables.

“We are trying to reach out to people and make them aware.”

In similar fierce storms in April 2015, 56 people lost their lives. Kumar said that the winds in Bihar are common from April 20 to June 30 until the monsoon starts.

The state government in Bihar has ordered the compensation of almost $6,200 for the kins of the persons killed in the storms and also a small amount of compensation for the farmers who lost their crops. 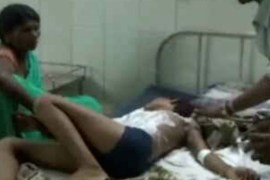 Severe storms have battered Uttar Pradesh state over the past week. 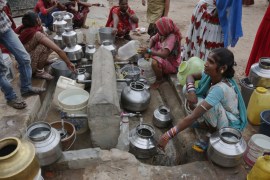 State forbids any cooking between 9am and 6pm in bid to prevent accidental fires that have killed dozens.