Iraqi forces have launched a broad assault on parts of Mosul, closing in on the remaining pockets of territory held by ISIL, amid growing concerns over the safety of hundreds of thousands of civilians at risk of being caught in the crossfire.

Saturday’s offensive to retake three ISIL-held neighbourhoods north of Mosul’s Old City is the latest push in the more than seven-month battle to drive ISIL out of its last stronghold in Iraq.

At least 15 Iraqi soldiers were killed in ISIL suicide attacks in the first day of the offensive, security sources said on Sunday. More than 30 ISIL fighters were also killed in clashes.

The three neighbourhoods are seen as the last areas that separate Iraqi forces from ISIL’s last bastion in Mosul’s Old City.

They have narrow streets and closely-spaced buildings which pose significant challenge to the forces seeking to oust ISIL, also known as ISIS.

Military and political analysts expect that it could take several days for the Iraqi forces to gain hold of these territories, before making their final push for Mosul’s Old City. 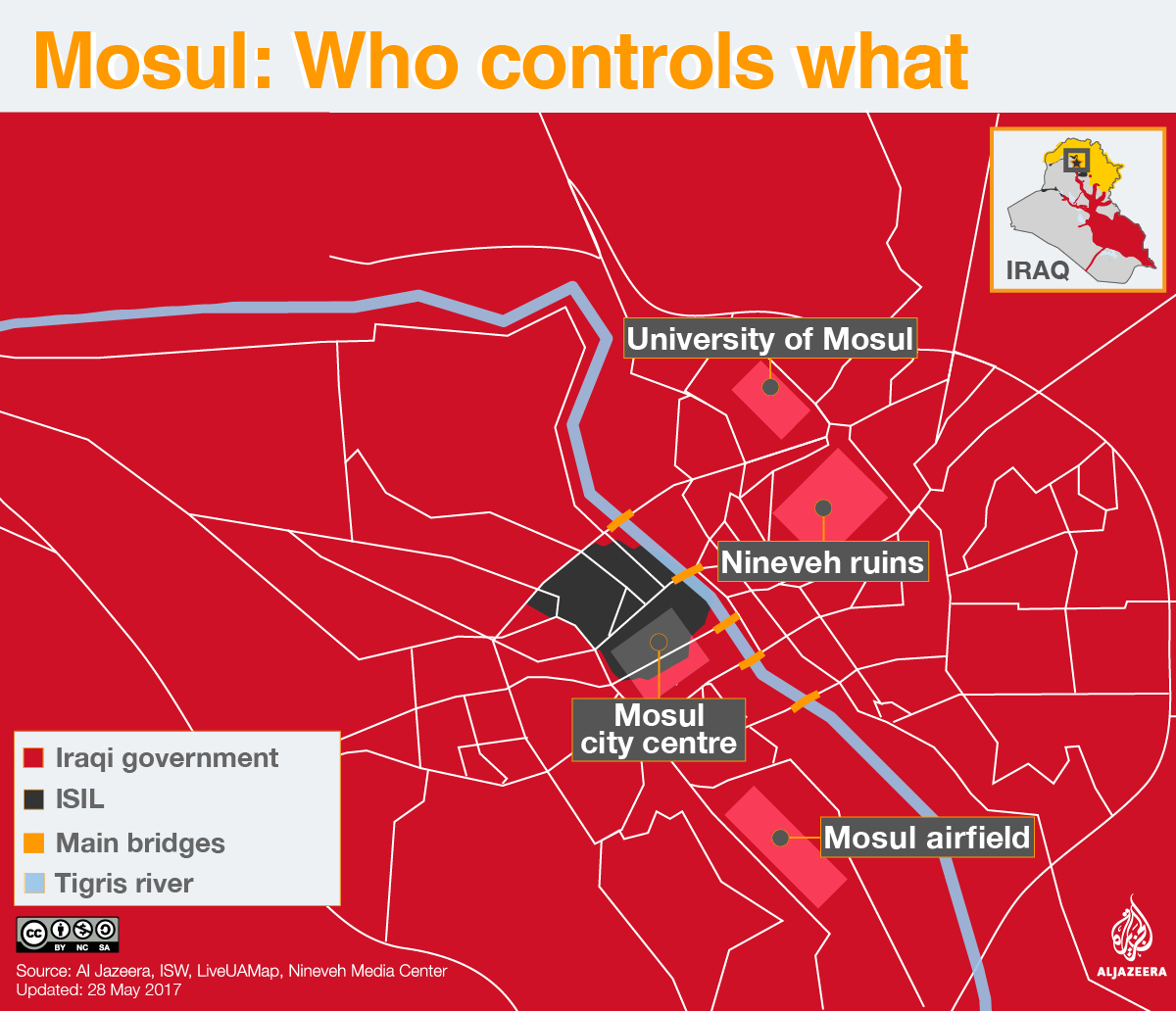 The United Nations expressed “deep concern” for the hundreds of thousands of civilians trapped behind ISIL lines, in a statement on Saturday from the organisation’s under-secretary general for humanitarian affairs, Stephen O’Brien.

“Although the UN is not present in the areas where fighting is occurring, we have received very disturbing reports of families being shut inside booby-trapped homes and of children being deliberately targeted by snipers,” he said.

The UN last week said up to 200,000 more people could flee Mosul as fighting moves to the Old City.

About 700,000 people, or a third of the pre-war city’s population, have already fled, seeking refuge either with friends and relatives or in camps or neighbouring towns and cities.

In Erbil, east of Mosul, thousands of people have been brought to receive treatment, including many children.

“I was trying to escape from the Old City at 3am and two bullets hit me,” a young boy told Al Jazeera from an Erbil hospital. “One ripped through my leg, the other in my groin.”

Al Jazeera’s Osama bin Javaid, reporting from Erbil, said the child’s story is repeated hundreds of times in each hospital of the city.

“Almost all children in this ward are from the embattled city of Mosul. Most of them have been wounded as they try to reach towards safety, but in densely populated Mosul, where bombs continue to fall and snipers continue to shoot, there is no place that is safe,” he said.

READ MORE – In west Mosul, ‘nowhere is safe for civilians’

Iraqi forces launched a major operation to retake Mosul in October last year, fighting their way to the city and retaking its eastern side before setting their sights on its smaller but more densely populated west.