Five people were killed in Bahrain after security forces launched an operation near the home of the kingdom’s Shia-Muslim spiritual leader and his supporters responded with violence.

The raid on Tuesday took place in Diraz, the home village of Ayatollah Isa Qassim and the site of a sit-in encampment of his followers.

Security forces opened fire and killed the five “outlaws” after being attacked with “hand grenades, iron bars, and bladed weapons and axes, which resulted in the injury of 19 security men”, Bahrain’s Interior Ministry said in statement.

It said 286 people had been arrested, including “fugitives” who had escaped from Jau prison.

It was unclear on Tuesday if Qassim was one of the detained. A security officer told Reuters news agency the cleric wasn’t the target of the operation.

“It is unfortunate that these young people fall victim to these acts, which are incited from abroad,” the Interior Ministry statement said.

The raid followed Qassim’s sentencing this week to one year in jail, suspended for three years, on charges of corruption. The cleric faces expulsion from the kingdom after authorities revoked his citizenship last year for alleged links to Iran and fomenting violence, charges he has denied.

The violence is likely to raise tensions in Bahrain and the region.

Ebtasam Alsaegh, from the neighbouring village of Bani Jamra, said mosques were calling residents onto the streets to protect Qassim. “The situation is terrifying,” she told Reuters by phone.

“Some areas in Diraz village had transformed into a teeming sanctuary embracing terrorists, saboteurs, and fugitives from justice,” said bin Huwail, head of the parliamentary council on national foreign affairs, defence, and security council.

Lebanon’s Hezbollah issued a statement warning Bahrain of “serious unanticipated repercussions” if anything happens to Qassim. 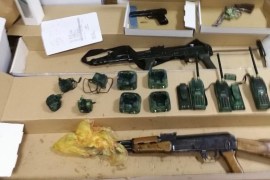 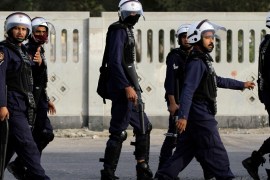