Saudi Arabia on Friday designated Hashem Safieddine, the head of Hezbollah’s executive council, as a “terrorist”, accusing him of advising the armed group to carry out “terrorist operations” and of supporting Syrian President Bashar al-Assad.

Safieddine, a Lebanese citizen in his 50s, runs the group’s political affairs and social and economic programmes in Lebanon’s Shia community.

He is a cousin of Hassan Nasrallah, Hezbollah’s secretary general, and is spoken of as a potential candidate to succeed him and take charge of the movement.

“The Saudi government will continue to combat Hezbollah’s terrorist activities with all available legal tools,” the official Saudi news agency said, quoting a royal decree statement. “[It] will continue to work with partners around the world to make it clear that Hezbollah’s militant and extremist activities should not be tolerated by any nation.”

In March 2016, GCC member states of the Gulf Cooperation Council, known as the GCC, classified Hezbollah as a “terrorist” organisation, citing “hostile actions” by the armed group.

“As long as Hezbollah spreads instability, conducts terrorist attacks and engages in criminal and illicit activities around the world, we will continue to designate Hezbollah’s operatives, leaders and businesses, impose sanctions as a result of designation, and disrupt its radical activities,” the statement by Saudi’s government said. 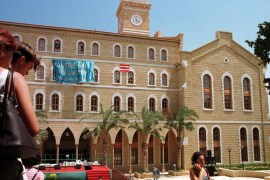 American University of Beirut to pay $700,000 for violating US sanctions by giving media training to banned outlets. 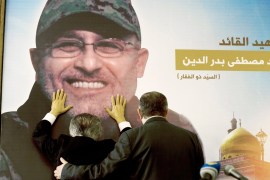 Israel’s military chief claims Hezbollah military commander in Syria was killed by members of his own group.