The number of unaccompanied child refugees globally has increased five-fold since 2010, according to new figures by UNICEF.

“The number is just the tip of the iceberg,” Justin Forsyth, UNICEF’s deputy executive director, said, as many countries outside North America and Europe do not have data on numbers of unaccompanied child refugees.

“One child moving alone is too many, and yet today, there are a staggering number of children doing just that – we as adults are failing to protect them,” Forsyth said.

The report shows that 92 percent of children and young people who reached Italy by boat between the beginning of 2016 and end of February 2017 travelled alone, compared to 75 percent in 2015.

READ MORE: Unaccompanied minors risk all to reach US

At a G7 Summit in Italy starting on May 26, UNICEF will encourage world leaders to commit to a six-point agenda to protect refugee and migrant children from exploitation, violence and detention, keeping families together and giving children access to education and healthcare.

The agenda also calls for action on underlying causes of large-scale refugee movement and measures to combat xenophobia and discrimination in countries of transit and destination.

An interviewee in UNICEF’s report, Mary, a 17-year-old unaccompanied minor from Nigeria, described her treatment at the hands of a smuggler turned human trafficker. Despite promising to keep her safe, she ended up stuck in Libya for more than three months.

“He said to me if I didn’t sleep with him he would not bring me to Europe,” Mary said in the report. “He raped me.”

The International Organization for Migration recently said that hundreds of African refugees and migrants passing through Libya have been bought and sold in modern-day slave markets before being held for ransom or used as forced labour or sexual exploitation.

While some of the unaccompanied children are orphans, others are seeking to join relatives who already reached prosperous countries. Other times, relatives believe children “would have a greater chance of being allowed to stay” than adult refugees and migrants, the report said.

UNICEF called on the countries where children have sought refuge to provide better services, saying many “languish in overcrowded shelters, end up in makeshift camps or are left exposed to the dangers of life on the streets”.

Unaccompanied migrant and refugee children should not be placed in adult detention facilities and ideally should be in foster care, its report said.

In March, Italy’s parliament approved a law setting out comprehensive standards of care for unaccompanied migrant children who arrive in the country by sea.

The law includes a strict prohibition on turning unaccompanied minors away at the border and guarantees them access to healthcare.

It also set a 10-day window for officials to confirm migrant children’s identities, with the aim of reducing the amount of time they have to spend in preliminary welcome centers.

Among those hailing its passage at the time were UNICEF and the humanitarian group Save the Children. 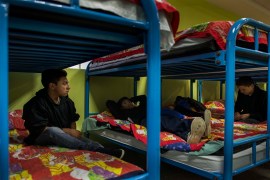 Unaccompanied minors risk all to reach US

New UNICEF report indicates most of the unaccompanied minors apprehended do not have access to legal representation. 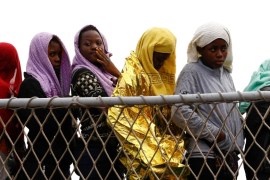 Most of the minors who have crossed the Mediterranean to Italy this year were unaccompanied by adults, UNICEF says. 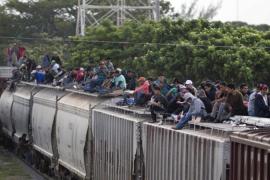 The US government needs to revamp its strategy of curbing immigration from Central America.