US President Donald Trump has denounced the appointment of a special counsel to lead the Russia investigation as “the single greatest witch-hunt” in American history.

In the face of rising pressure from Congress, the US justice department named Robert Mueller, the former FBI director, on Wednesday as special counsel to investigate alleged Russian interference in the 2016 US election and possible collusion between Trump’s campaign and Russia.

In a pair of Twitter posts on Thursday morning, Trump made clear he was unhappy with the latest crisis to grip his four-month-old administration.

This is the single greatest witch hunt of a politician in American history!

With all of the illegal acts that took place in the Clinton campaign & Obama Administration, there was never a special counsel appointed!

The comments echoed in a speech by Trump on Wednesday, before Mueller’s appointment was announced, in which he said no politician in history “has been treated worse or more unfairly”.

The decision to move to an independent investigation came a week after Trump abruptly dismissed James Comey from his post as FBI director, stirring up a political storm as the agency was in the midst of an investigation into the Russia matter.

Trump cited displeasure with the Russia inquiry as a factor in dismissing Comey.

Later reports also referred to Trump allegedly asking Comey in February to drop the investigation into Michael Flynn, his former national security adviser, over contacts he had had with Russia.

Flynn and other advisers on Trump’s campaign were in contact with Russian officials and others with Kremlin ties in at least 18 calls and emails during the last seven months of the 2016 presidential race, current and former US officials familiar with the exchanges told Reuters news agency.

The previously undisclosed interactions form part of the record now being reviewed by FBI and congressional investigators investigating Russian interference in the US presidential election and contacts between Trump’s campaign and Russia.

Six of the previously undisclosed contacts described to Reuters were phone calls between Sergey Kislyak, Russia’s ambassador to the US, and Trump advisers, including Flynn, three current and former officials said.

Conversations between Flynn and Kislyak accelerated after the November 8 vote as the two discussed establishing a back channel for communication between Trump and Russian President Vladimir Putin that could bypass the US national security bureaucracy, which both sides considered hostile to improved relations, four current US officials said.

In January, the Trump White House initially denied any contacts with Russian officials during the 2016 campaign.

The White House and advisers to the campaign have since confirmed four meetings between Kislyak and Trump advisers during that time. 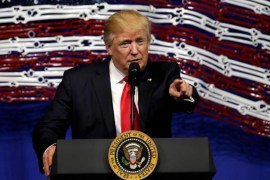 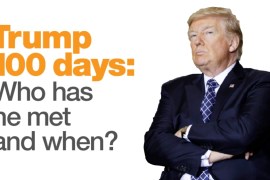 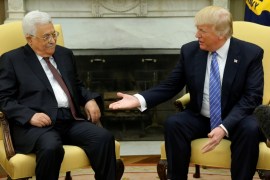