Oscar Lopez Rivera, a Puerto Rican nationalist and one of the longest-serving political prisoners in US history, has been released from house arrest in Puerto Rico.

Lopez Rivera was sentenced to 55 years in prison in 1981 for his involvement with FALN, a Puerto Rican group that claimed responsibility for dozens of bombings in New York, Chicago, Washington and Puerto Rico in the 1970s and 1980s, which caused few injuries. He was never tied to specific bombings.

Thousands of supporters are expected to cheer Lopez Rivera’s release later on Wednesday at a celebration in Puerto Rico.

Supporters of the 74-year-old, who spent 35 years in prison, are also expected to honour him next month in New York City’s massive Puerto Rican Day parade.

Lopez Rivera was placed under house arrest after former US President Barack Obama commuted his sentence before leaving office in January. There has been a campaign to free Lopez Rivera over the years, drawing support from Pope Francis, former President Jimmy Carter and “Hamilton” creator Lin-Manuel Miranda.

“We have to thank him for giving his life for our island,” Nelson Cortes, a New York-based waiter who supports Puerto Rican independence, told the Associated Press news agency. “It’s exactly what we need right now.”

But others were less enthusiastic.

“I’ve had long hours in the middle of the night trying to figure out what I am missing, why he has all this support,” said Diane Berger Ettenson, 70, who was six months pregnant when her husband, Alex Berger, was killed in a still-unsolved 1975 explosion that killed four people and wounded 60 at Fraunces Tavern, a restaurant in New York’s financial district.

Following celebrations in Puerto Rico, Lopez Rivera is set to go to Chicago, where he spent some time growing up as a child, on Thursday.

According to AP, Lopez Rivera has said that upon returning to Puerto Rico, he wants to spend time with family, and create a think-tank to work on issues, including climate change, the economy and the island’s political status.

In an interview with the Puerto Rican daily El Nuevo Dia, Lopez Rivera said: “I want to enjoy Puerto Rico, my family. But I like to work. I have some skills – organising, helping young people – that I want to share with people.”

Lopez Rivera and about a dozen FALN members were convicted in 1981 of seditious conspiracy “to overthrow the government of the United States in Puerto Rico by force”, armed robbery and lesser charges.

“Puerto Rico is a colony of the United States and thus the Puerto Rican people have a right to fight for independence, using all means possible,” Rivera said during the trial.

He served more than a decade in solitary confinement after a second conviction for attempting to escape.

In 1999, US President Bill Clinton offered Lopez clemency, but he rejected the offer because it excluded two associates who have since been released.

Along with Chelsea Manning, who is also set to be released on Wednesday, Lopez Rivera was among 209 commutations granted by Obama.

After Obama’s order, Lopez Rivera was released from prison in Terre Haute, Indiana, and arrived in Puerto Rico to serve the remainder of his sentence under house arrest.

He has been staying with his daughter at her home in the capital of San Juan.

The US seized Puerto Rico from Spain during the Spanish-American War. The island’s 3.5 million residents are US citizens and can serve in the military.

The island, considered a commonwealth, receives billions in federal funds, but Puerto Ricans cannot vote for president and have no vote in Congress. Those seeking independence remain a small group, with the option garnering less than 6 percent of the vote in four referendums that Puerto Rico has held on its political status 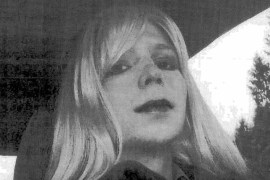