Five activists were detained in Moscow on Thursday while trying to submit a petition calling Russian authorities to investigate the alleged torture and arbitrary detentions of gay people in Chechnya.

The five were planning to bring about two million signatures at the Prosecutor General’s Office when they were held by police along the Russian capital’s Tverskaya Street, according to LGBT (lesbian, gay, bisexual, and transgender) activists.

Police said the activists were detained because their action amounted to an unsanctioned protest.

OPINION: Chechnya – The reality behind appearances

The New York-based civic group Avaaz, which helped collect the signatures worldwide, said in a statement that one of the people held is Italian.

Avaaz’s campaign director, Bert Wander, described the detentions as a “blatant attempt by Russia to intimidate those standing up for gay people [which] will only draw more global attention to the horrors unfolding in Chechnya”.

The alleged abuse was first reported in April by the independent newspaper Novaya Gazeta, which said about 100 suspected gay men were rounded up and tortured, and at least three were killed.

Chechnya’s leader Ramzan Kadyrov has fiercely denied Novaya Gazeta’s report and claims of a crackdown in the region.

But he also said that Chechnya does not have any gay people and suggested some gay people may be pretending to be Chechen to get asylum in the West.

Tatyana Moskalkova, the ombudswoman, has asked for a taskforce to be formed to investigate the treatment of LGBT people in Chechnya. 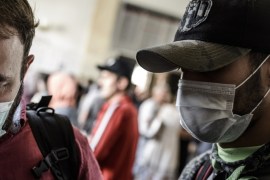 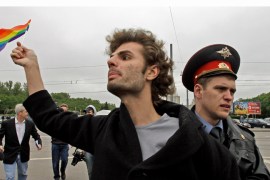