The seasonal rains have come with a vengeance across eastern Kenya and Tanzania. Heavy and steady torrential downpours have many areas under water, leaving at least nine people dead.

Eight people were killed when their house collapsed following the heavy rains. Another person drowned in the swollen waters of the Tudor Creek, in Mombasa.

As onshore winds fed the relentless wet weather across Kenya’s coastal region, ferry services were suspended. There has been widespread disruption in Mombasa which is Kenya’s second-largest city after the capital Nairobi, with an estimated population of about 1.2 million people.

May is Mombasa’s wettest month with an average rainfall of 320mm of rain. However, daily rainfall totals have exceeded 200mm in places. This has led to the inevitable flash flooding.

Mamba Village Crocodile Farm, which is located 10 kilometres from Mombasa Island, is home to Africa’s largest crocodile farm, with more than 10,000 crocodiles. Some of these animals have been swept away in the floods and are now posing a danger to nearby residents.

Some of the flooding could be put down to poor planning and possible corruption. That is certainly the thought of local politician, Suleiman Shahbal. However, such heavy rainfall in this short a space of time was always going to be a problem to some extent.

The area of low pressure responsible for the flooding is still producing some heavy rain, and that rain extends into northern parts of Tanzania.

Just over the border, communication in Tanga station on Tanzania’s north coast was cut off for a time. An astonishing 316mm of rain fell in 24 hours setting a new record for the period, those records go back to 1949.

Dar Es Salaam recorded 54mm of rain on Thursday. We are, of course, well into the wet season here, but that represents nearly a third of the May average rainfall total of 188mm.

Zanzibar and Pemba Island have also been particularly wet, Zanzibar had 61mm of rain in 24 hours. The May average rainfall is 85mm.

The Zanzibar government ordered all schools there to close this week, they are due to reopen on Monday. Forecasters expect some improvement in the weather over the weekend as the showers drift inland and gradually become less frequent. 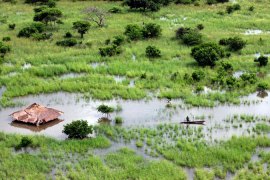 Zambia, Zimbabwe, Mozambique and Madagascar have all been affected by major downpours in recent days. 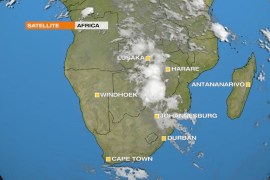 One person feared dead and 12 are rescued following floods across the northeast of the country.