The Bahamas has elected Hubert Minnis of the Free National Movement (FNM) as their new leader, defeating Perry Christie’s Progressive Liberal Party in a 34-5 parliamentary split, according to local media.

Official results were not complete as of late Wednesday, but early returns showed that Minnis easily won his seat and that his FNM party would hold the majority.

“My fellow Bahamians, the people have spoken,” Minnis, a physician, said in a victory rally before thousands of supporters.

“We have been given a mandate for change.”

Minnis was campaigning on a platform for change, seeking to impose term limits on the prime minister and promote “Bahamian ownership in the economy,” according to his website.

Christie conceded defeat and made a congratulatory telephone call to Minnis, wishing him success.

“I understand as perhaps few others, the challenges that await Dr Minnis and I wish him only success on behalf of our nation. He has my full support for a smooth transition,” he said.

Allegations of corruption and unemployment dominated the election.

Christie, finishing his second non-consecutive term as prime minister, was criticised for defiantly boasting that “not even God” could stop him, in a video posted by Tribune 242.

“I support the FNM because I feel Christie was not doing a good job in the five years we gave him,” Nassau resident Jmeail Dames said of the prime minister’s current term.

According to local media, the extensive delay to the opening of the $4.2bn Chinese-funded Baha Mar mega-resort along with rising unemployment and sluggish economic performance were some of the major factors that provided momentum to Minnis’ platform for transparency.

“Dr Minnis has endured trial after trial and emerged victorious. He has a task ahead of him,” said FNM supporter Travis Edgecombe.

“But I do believe that his new administration will provide new and innovative plans to create opportunities for Bahamians.”

More than 180,000 people were registered to cast their ballots for the 39 seats in the House of Assembly.

The election was closely monitored by international observers the Caribbean Community, the Commonwealth of Nations, the Organization of American States and the United States. 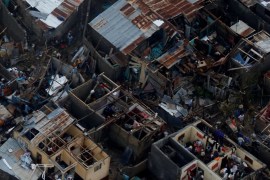