The US Senate has narrowly confirmed President Donald Trump’s pick to the Supreme Court, Neil Gorsuch.

Presided over on Friday by Vice President Mike Pence, the 54-45 near party-line vote caps a partisan saga that has seen Republicans pursue what many call the “nuclear option“.

His death prompted a showdown between then-president Barack Obama and the Republican-controlled chamber that confirms Supreme Court nominees.

The move is likely to fuel ideologically driven nominations from presidents in the future, dealing a powerful blow to the bipartisanship normally seen on Supreme Court nominees.

Gorsuch’s confirmation restores the nine-seat court’s 5-4 conservative majority, and enables Trump to leave an indelible mark on America’s highest judicial body. Gorsuch could be expected to serve for decades.

With the recent failure of Republican healthcare legislation in Congress and with federal courts blocking the president’s ban on people from several Muslim-majority nations from entering the US, securing Gorsuch’s confirmation took on even greater importance for Trump, who took office in January.

Liberal groups called for an all-out fight to reject Gorsuch, a staunch conservative who is likely to vote “to limit gay rights, uphold restrictions on abortion, and invalidate affirmative action programmes”, according to a study that analyses the ideologies of potential Supreme Court nominees. 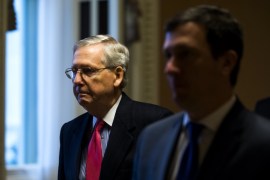 Neil Gorsuch set to ascend to the US Supreme Court 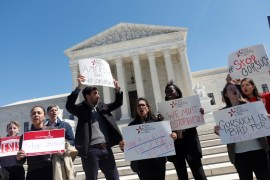 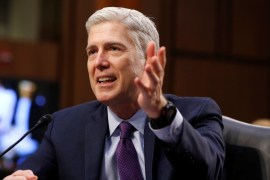 Neil Gorsuch says he is no ‘rubber stamp’

Neil Gorsuch responds to Democratic senators questioning whether he would be willing to hold the president accountable.