Thailand’s King Maha Vajiralongkorn endorsed the country’s new constitution on Thursday, an essential step towards holding an election to restore democracy after the 2014 coup d’etat.

The constitution is the nation’s 20th since the absolute monarchy was abolished in 1932, but critics say it will still give the military a powerful say over Thai politics.

The military government has said the king’s endorsement of the constitution will clear the way for new elections no later than November 2018, though it has repeatedly delayed previously promised poll dates.

The new charter was approved by voters in a public referendum last year. However, campaigns against the document were outlawed by the military government, which still restricts freedoms of speech and assembly in the Southeast Asian country.

READ MORE: Thailand sets up reconciliation panel ahead of polls

The palace requested changes in January after King Vajiralongkorn took over from his revered late father, King Bhumibol Adulyadej, who had ruled for more than seven decades.

One change allows the king to travel abroad without appointing a regent. The king has spent much of the past few years in Germany, where he has a son in school.

Another change was the removal of a clause giving power to the constitutional court and other institutions in the event of an unforeseen crisis. Removing it underlined the king’s role.

Critics say the charter is undemocratic and will allow the military to keep its grip on power even after elections.

One of the most controversial provisions of the new constitution is for the outgoing military government to appoint a senate that will have a say in appointing the prime minister.

The ruling generals have argued the measure is necessary to prevent coups in a transition period after the election.

Thailand has had 12 successful coups in the past 85 years.

The Pheu Thai Party said it was more optimistic about election prospects now.

“With the constitution in place, an election seems more a reality,” said Chavalit Vichayasuthi, its acting deputy secretary-general.

The government should lift a ban on political activities so parties can campaign, said Abhisit Vejjajiva, a former prime minister and leader of Thailand’s other key political party, the Democrat Party.

“We are ready for the election,” he said. “We still aren’t allowed to hold meetings, but we’re doing what we can.” 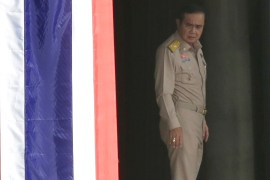 Politician says vote likely to be held in 2018 to pass election laws for democratic transition from military rule. 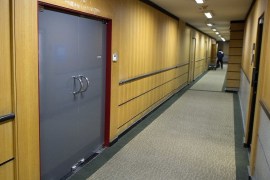 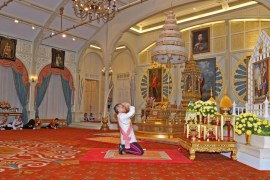 The 64-year-old succeeds his much-revered father who died 50 days ago following a 70-year reign.